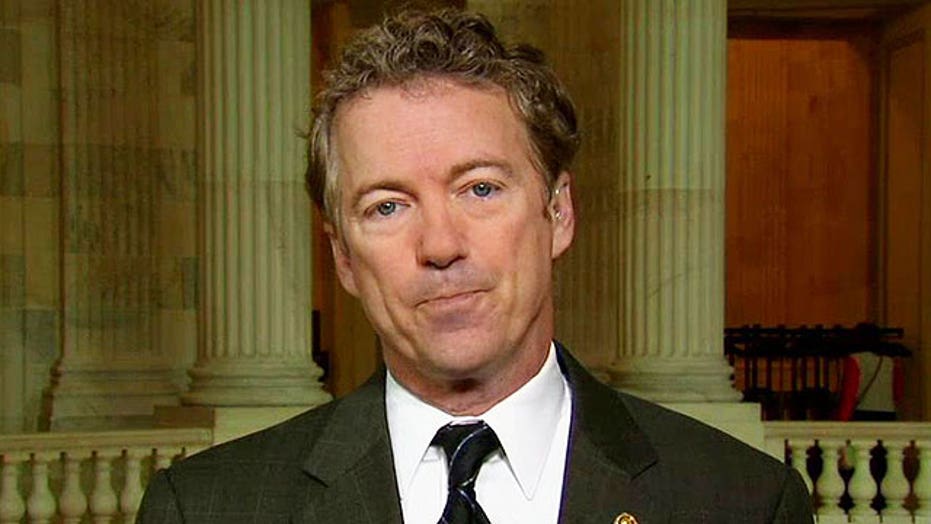 Lawmaker speaks out about CPAC 2015

Paul, who like Bush is considering whether to seek the 2016 GOP presidential nomination, contrasted Bush's opposition to legalizing medical marijuana with his admitted drug use while a student at Phillips Academy, an elite prep school in Andover, Mass.

"When Jeb was a very wealthy kid at a very elite school, he used marijuana but didn’t get caught, didn’t have to go to prison." Paul told "The Kelly File" Wednesday. "I think it shows some hypocrisy that’s going to be very difficult for young people to understand why we’d put a 65-year-old guy in jail for medical marijuana."

"What I’m talking about is not the hypocrisy of wealth, it’s the hypocrisy of evading the law, because the law seems to target and seems to go after poor people, often people of color," Paul continued. "What’s hypocritical is if you’re very wealthy, [if] you’re able to escape the long arm of the law is then to really want to throw long sentences, 15 years, 20 years, 50 years in prison for marijuana at people, so I think that’s where the hypocrisy comes in."

Last year, Bush opposed a proposed amendment to the Florida state constitution that would have legalized medical marijuana in the state. The measure came up short of the 60 percent threshold needed to be approved by voters.

Both Paul and Bush will be appearing at CPAC, which will be held in National Harbor, Md., outside Washington, D.C. Paul has won the event's straw poll in each of the past two years.