On the first day of his term, President Biden issued an executive order calling on schools to allow transgender athletes to participate in sports corresponding to their gender identity rather than biological sex. Paul, however, noted that in 2020 the Department of Education’s Office of Civil Rights told Connecticut that allowing biological males to participate in girls’ sports violated the rights of female students under Title IX.

"If you’re confirmed, will you enforce that Office of Civil Rights opinion?" Paul asked.

"I understand that there are a lot of concerns about that. If confirmed, it’s my responsibility and my privilege to make sure that we’re following civil rights of all students, and that includes activities that they may engage in in high school or athletics," Cardona said.

That Office of Civil Rights opinion dealt with a case out of Cardona’s home state of Connecticut, where he currently serves as commissioner of education. That case came about when female student athletes brought a complaint and then a federal lawsuit arguing against the state’s policy which allowed transgender students to participate in sports according to their gender identity.

The girls complained that they lost out on finishing in top positions in track and field competitions and possible scholarships because of students who were biologically male and had physical advantages. They claimed that two particular transgender students helped their schools win championships.

Pressing Cardona on the issue, Paul bluntly asked, "What do you think in general of boys running in girls’ track meets like they’ve been doing in Connecticut?" 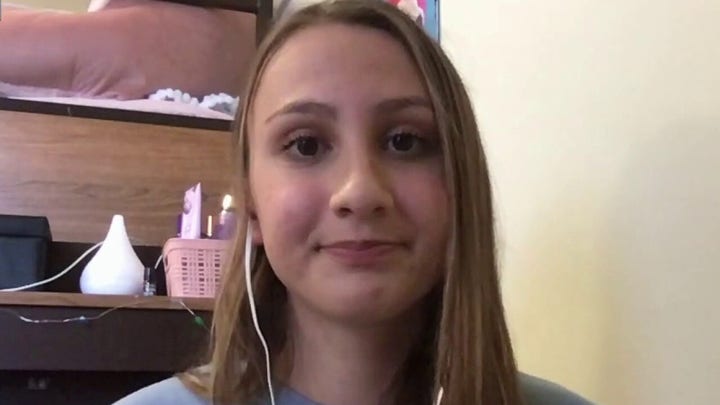 Cardona said that he believes it is "critically important" that educators and school systems "respect the rights of all students, including students who are transgender," adding that all students should be able to participate in activities.

Paul went on to discuss the disparity between boys’ and girls’ sports and how male students outperform their female counterparts. He claimed that allowing biological males to participate in girls’ sports "would completely destroy girls’ athletics," depriving girls of opportunities and college scholarships.

"Do you worry about having boys run in girls’ track meets?" Paul asked again.

Cardona did not directly answer, but he acknowledged the difficulty and sensitivity of the issue. He recalled that as Connecticut’s commissioner of education he has spoken with families who shared Paul’s concerns as well as with families of transgender students.

"So I understand that this is a challenge. I look forward to working with you and others," Cardona said, before Paul cut him off to repeat his question.

"Do you think it’s fair to have boys running in the girls’ track meet?" he asked again.

"I think it’s appropriate – I think it’s the legal responsibility for schools to provide opportunities for students to participate in activities and this includes students who are transgender," Cardona responded.

"So you don’t have a problem then, of boys running in the girls’ track meets, swimming meets, you name it, you’re OK then with boys competing with girls?"

"Respectfully, senator, I believe I answered the question," Cardona said, reiterating his position that schools should offer activities for all students.

Paul, mentioning female athletes in his family, said that he believes most people think it is "complete bizarre and unfair" to allow students to participate in girls’ sports based on their stated gender identity instead of biological sex.