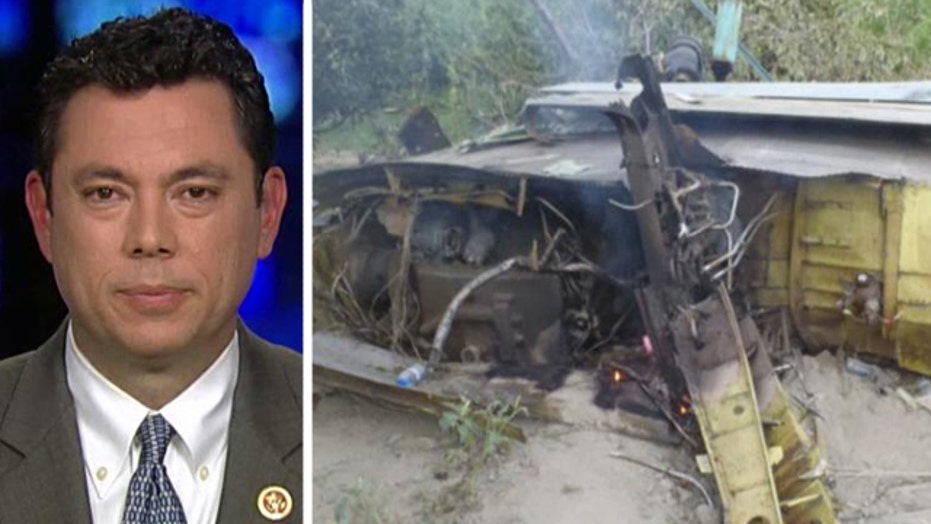 WASHINGTON – Relatives of some of the 30 U.S. troops killed when their helicopter was shot down in Afghanistan said congressional testimony from U.S. military officials on Thursday answered some, but not all, of their lingering questions about the single deadliest incident of the war.

Garry Reid, principal deputy assistant secretary of defense for special operations and low-intensity conflict, told the House Committee on Oversight and Government Reform that the Chinook CH-47, a lumbering transport helicopter, was the proper aircraft for the high-risk mission targeting a senior Taliban commander in the early morning hours of Aug. 6, 2011, in eastern Afghanistan.

Reid worked to dispel allegations that insurgents might have been tipped off about the flight by members of the Afghan security forces. He said the eight Afghans aboard the Chinook, who also died, had been properly vetted. There has been a rash of insider attacks in recent years where Taliban insurgents have infiltrated U.S. or NATO units and killed international troops.

Reid's answer did not satisfy Doug Hamburger, whose son, Sgt. Patrick Hamburger, 30, of Lincoln, Neb., was killed in the crash.

"We're still very positive that they could have been set up — that this was an inside thing, that they knew they were coming," Hamburger said after the hearing. He didn't offer any evidence.

The relatives have sought answers about information that the team of eight Afghans aboard had been switched before the Chinook took off on the mission in the Tangi Valley of Wardak province, about 60 miles southwest of Kabul. Reid said that there were two groups of Afghans assigned to the task force conducting the mission and that all had been hand-picked from the Afghan forces and had undergone seven months of training.

He said one group was with Army Rangers fighting insurgents in the area, and the second group was aboard the helicopter.

"There was a mistake made after the crash in retrieving the list of Afghans that were aboard," Reid said. "The list that was provided was for the other squad that was with the Rangers. This created this confusion and led to some speculation that there was a switching out of the actual forces. That was not the case."

He also dismissed concerns about a missing black box recorder, saying that there was no black box that was standard equipment aboard the aircraft.

Reid, however, was not able to answer relatives' questions about why investigators interviewed no Afghans. And the relatives still are not satisfied by answers that Reid and members of the military's mortuary affairs operations gave about claims that an Afghan degraded the deceased servicemen during a memorial held in Afghanistan before the service members' remains were flown to the United States.

"A Muslim clerk damned the bodies, the memories of our clients' sons to hell as infidels," Larry Klayman, a lawyer representing several of the victims' families, told reporters after the hearing. "There were eight different translations. There's no dispute about what was said."

Reid had a different interpretation.

"We have had people in our government listen to what he was saying," Reid said. "I'm told that there are verses that he is citing. He is commemorating the fallen — all of the fallen. There are some interpretations that I have seen on the Internet that he was condemning the Americans, the infidels. It's not my expertise, but what we have been told on good authority is that he is commemorating all of our fallen and condemning the enemy."

Rep. Jason Chaffetz, R-Utah., who chaired the hearing, said he hoped the Pentagon would, in the future, insist on separate ceremonies when Americans and those from another country are killed in the same operation.

"Of course we're going to honor (all) those who lost their lives, but let's do it separately," Chaffetz said, his voice cracking from tears. "I don't want some Afghan saying something about my son."

"Amen," one relative in the audience said as others applauded.

Charles Strange whose son, Sgt. Michael Strange, 25, of Philadelphia, was among those killed, thanked the committee for the hearing, but said he's not satisfied that the military has released all the information on the crash.

"I want an investigation. That was no investigation," Strange said. "We want to talk to Mr. (Barack) Obama, the president, the chief. Thirty men died. Give us 20 minutes."

Killed in the crash were: 17 members of the elite Navy SEALS, five Naval Special Warfare personnel who support the SEALS, three Air Force Special Operations personnel and an Army helicopter crew of five; seven Afghan commandos and one Afghan interpreter; and a U.S. military service dog.