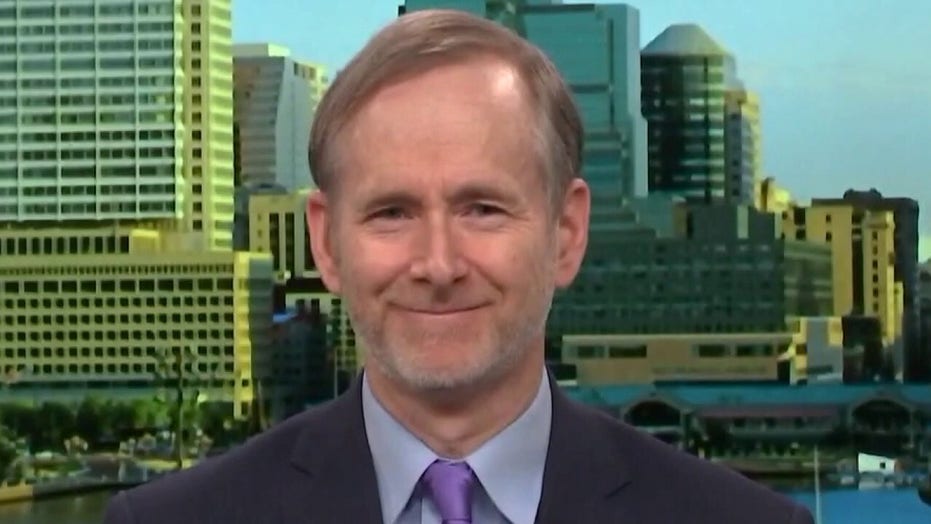 Dr. Tom Inglesby, director of the Center for Health Security at Johns Hopkins University, warned that events such as President Trump's campaign rally and ongoing protests over George Floyd's death could bring about an increase in coronavirus cases, but noted that he does not believe that lockdowns are necessary to combat spikes.

States such as Florida, Texas and Arizona have seen significant increases in COVID-19 cases and hospitalizations after they took steps to reopen their economies, but Inglesby told "Fox News Sunday" that this does not mean states must revert to shutting down again.

"I don't think we need to go into lockdown in these places," Inglesby said, noting that different states have different circumstances. He did suggest that governors take the lead in providing guidance for people to take steps that will help, such as social distancing and wearing masks.

On the subject of large gatherings, Inglesby said he was “worried” that events like President Trump’s rally in Tulsa, Okla., Saturday night and recent mass protests over the death of George Floyd, who died while in police custody, could lead to spreading of the virus.

“Yeah, I thought that the rally was concerning in terms of public health risk. CDC’s recent guidance was that the highest risk gatherings are those that are large, indoors, where people can’t stay apart from each other more than 6 feet, and where people travel from out of town, and this rally met all of those criteria. And what I saw was that people were sitting quite close to each other, I didn’t see very many people wearing masks. There were some people hand shaking without hand sanitizer, lots of shouting. All of those things will increase the risk of spread.”

When asked if he believes that the rally could be a “super spreader” event that leads to significant case increases, Inglesby said, “I am worried about that.”

Inglesby also warned that the ongoing protests across the country are also a problem when it comes to potentially spreading COVID-19, given the number of people involved.

“I certainly sympathize with the motivations of the demonstrations that have gone on across the country, but I do worry that they are an opportunity for spread,” he said. “I think it’s a little bit – or even more than a little bit -- different than having a large indoor gathering. We know that outdoor risks are less than indoor risks, and if people can maintain their space that that will help, but certainly I think there is a risk with large-scale protesting as well for increased spread.”

A number of states such as Florida and Arizona have seen jumps in case numbers in recent weeks after taking steps to reopen their economies. Inglesby said the increase is not simply the result of increased testing, but a real rise in illnesses.

“So, serious illness happening. That’s not just because we’re doing more testing in a state. That’s because there is more serious disease in a state.”