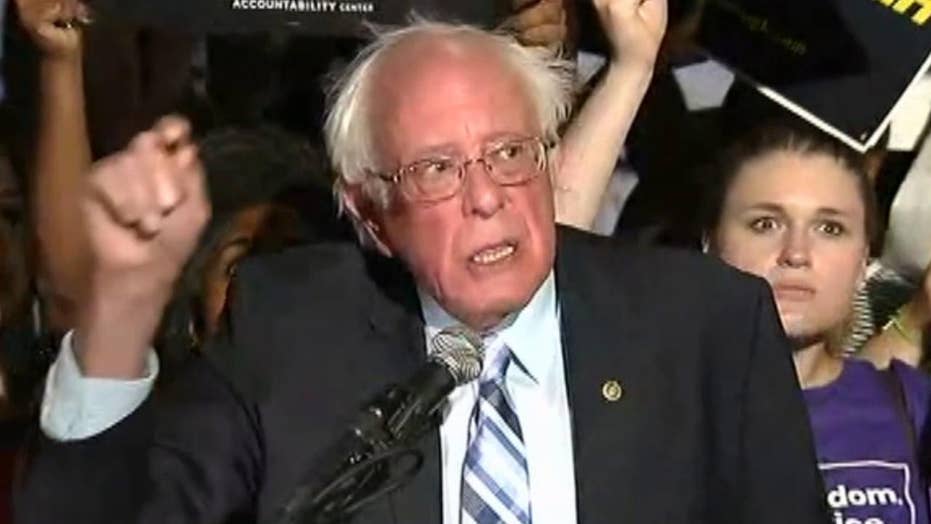 Bernie Sanders on Kavanaugh pick: Are you ready for a fight?

Protestors gathered outside the Supreme Court following President Trump's nomination of Brett Kavanaugh as the next Supreme Court Justice.

Some protesters were screaming back and forth at each other amid a heavy law-enforcement presence.

Pro-choice activists held purple signs reading “Protect Roe” and “Don’t Criminalize Abortion.” Others chanted: “Kavanaugh has got to go!” Others shouted into bullhorns, “abortion is violence” and “uphold the Constitution of the United States of America.”

Democratic leaders such as New York Democrat Sen. Kirsten Gillibrand and Sen. Bernie Sanders, I-Vt., attended to speak to the crowd -- and occasionally were drowned out by the activists.

Kavanaugh, 53, is a former law clerk for retiring Justice Anthony Kennedy. Like Trump's first nominee last year, Justice Neil Gorsuch, Kavanaugh would be a young addition who could help remake the court for decades to come with rulings that could restrict abortion, expand gun rights and roll back key parts of Obamacare.

With Kavanaugh, Trump is replacing a swing vote on the nine-member court with a staunch conservative. Kavanaugh, who serves on the Court of Appeals for the D.C. Circuit, is expected to be less receptive to abortion and gay rights than Kennedy was. He also has taken an expansive view of executive power and has favored limits on investigating the president.

"There is no one in America more qualified for this position and no one more deserving," said Trump, who called Kavanaugh "one of the sharpest legal minds of our time." 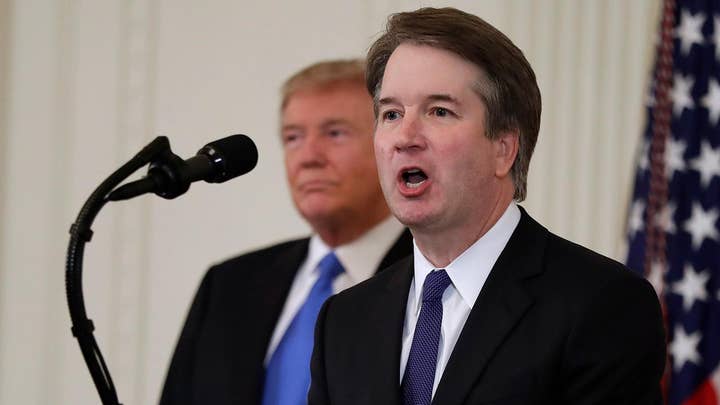 The White House invited a number of senators to attend the Monday night announcement. Democrats who were invited but declined included Sens. Joe Donnelly of Indiana, Heidi Heitkamp of North Dakota, Doug Jones of Alabama, Joe Manchin of West Virginia and Dianne Feinstein of California. Feinstein is the ranking Democrat on the Judiciary Committee.

One Democrat up for re-election, Bob Casey of Pennsylvania, announced Monday he would oppose any nominee from Trump's list of 25 possible candidates, drafted by conservative groups. He called it the "fruit of a corrupt process straight from the D.C. swamp."