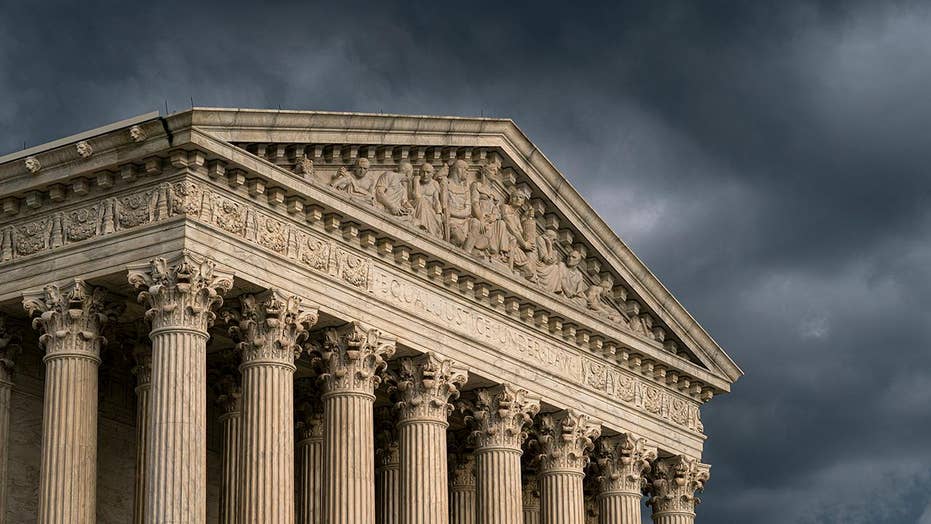 What Supreme Court cases to watch for this session

Attorney Gayle Trotter breaks down what to expect on ‘Fox &amp; Friends First.’

A progressive group has released a shortlist of 32 potential Supreme Court nominees in an effort to convince 2020 Democratic presidential candidates to do the same, copying a tactic that helped President Trump shore up his conservative base ahead of the 2016 election.

Demand Justice, the organization behind the list, said in an accompanying statement that Democrats should produce similar lists, not only to emphasize how much they value the Supreme Court -- progressives have assailed Democrats recently for not talking about it enough -- but also to signal a move toward staunchly progressive nominees.

"In releasing this list, we also hope to make clear that the next Democratic president ought to approach the task of nominating judges with a new playbook," the statement read, "one that prioritizes unabashedly progressive lawyers and legal thinkers, who have all too often been pushed aside."

In this Feb. 15, photo, California Attorney General Xavier Becerra speaks at a news conference in Sacramento, Calif. Becerra, who has approached his job as an unabashed progressive, made the Demand Justice shortlist for possible Supreme Court picks, in the event that Democrats take back the Senate and the White House in 2020. (Associated Press)

Senate Majority Leader Mitch McConnell, R-Ky., in an appearance with former White House Counsel Don McGahn at a Federalist Society event in Kentucky earlier this month, praised the Trump campaign for releasing its list at a time when many in the GOP were deeply concerned about the future of the high court.

"The significance of it was, here was a guy who was about to become our nominee who was doing fundraisers for [Rep. Chuck Schumer, D-N.Y.] four years ago. There were a lot of us saying, 'What are we getting here?'" he said. "Fast forward a little farther and by the fall the single biggest issue that brought nine out of 10 Republican voters home to Donald Trump, just like nine out of 10 voted for Mitt Romney, was the Supreme Court."

While only a quarter of the names on the Demand Justice list have experience as judges, many have argued cases before the Supreme Court or clerked for high court justices. The list does not include any current or former corporate lawyers, which the progressive organization says was intentional.

"Instead, our list boasts a wide range of former public defenders, public interest lawyers, academics, and plaintiff’s lawyers," it says.

Many of the names on the Demand Justice list have experience with progressive groups, like Nicole Berner, general counsel to the Service Employees International Union (SEIU) and Dale Ho, director of the ACLU Voting Rights Project.

The group also notes that McConnell's removal of the 60-vote threshold for confirming Supreme Court justices -- a move he made after Democrats chose to filibuster nominee Neil Gorsuch -- will allow Democrats to push through more progressive jurists with only 50 votes.

"In the past, Democratic presidents were bound by the need for 60 votes, leading them to look for “safer” picks who could draw Republican support," the statement reads. "If Democrats win back the Senate and are able to confirm a pick with just a simple majority, there is all the less reason to confine ourselves to those more traditional types of nominees."

Notably absent from the list is Merrick Garland, a moderately liberal judge on the D.C. Circuit Court of Appeals, who was nominated to the Supreme Court by former President Barack Obama in 2016 in hopes that he could draw enough votes from the GOP-controlled Senate to be confirmed before the presidential election that year. He never received a confirmation vote in the Senate.