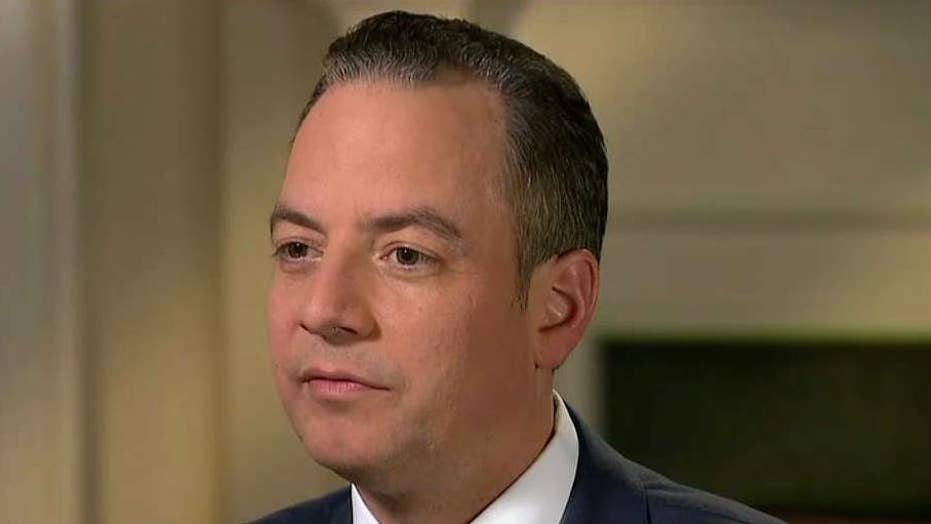 "Should places in this country that ignore the laws of this country when it comes to immigration receive federal money into their communities?" Priebus asked Fox News' Sean Hannity Wednesday. "And the answer to me is no."

The sanctuary cities order was part of a flurry of executive actions from Trump Wednesday that dealt with immigration and border security. The president also issued orders moving ahead with the construction of a wall along the southern border and halting the processing of Syrian refugees.

Preibus told Hannity that halting funds to sanctuary cities has "been in the Republican party platform now for over eight years. This is not some sort of crazy thinking.

"The point is," Priebus added, "if you defy the laws of this country, you shouldn't receive federal tax payer dollars from the people of this country ... in some cases, you have folks that have committed crimes ... and in every other jurisdiction, they say ‘OK, you’ve committed a crime. You now have to leave the country.’ That’s normal, right? I think that’s normal, but they’re not doing that."

The chief of staff said that Trump would issue more executive orders relating to national security on Friday.

"The President was talking about [the Keystone and Dakota Access] pipelines," Priebus said, "And at that very moment ... President Trump said, 'Well, why aren't we using American steel? Shouldn't we be using an American pipe?' ... So he said, 'Well, okay, let's write an executive order that says wherever you can possibly use American pipe and American steel we should do it.'"

The former head of the Republican National Committee predicted that Trump's policies could lead the U.S. economy to growth as high as 7 percent per economic quarter.

"If we're going to be an administration that cuts regulation, that lowers business taxes so that these companies can expand, that dis-incentivizes [them] from moving overseas into Mexico and China," Priebus said, "and makes doing business in America better for them, well then the jobs are going to explode."