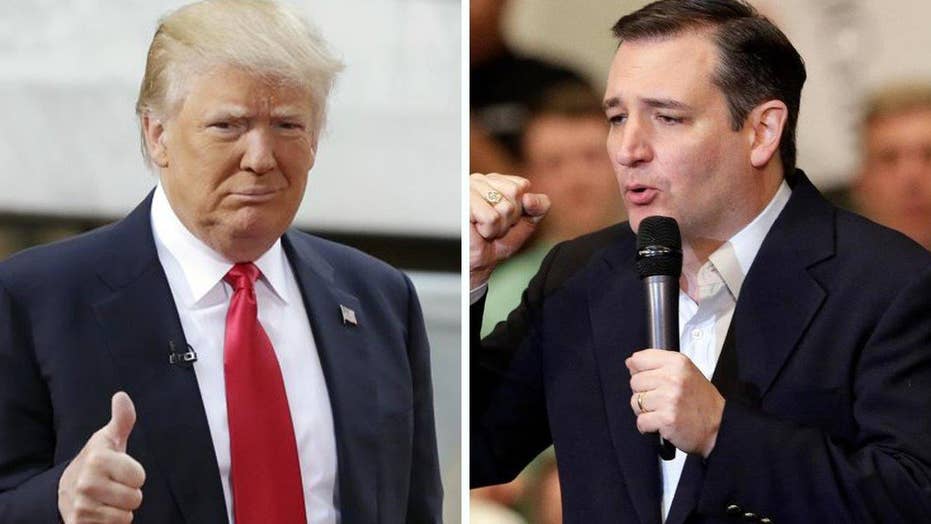 Does Trump need an Indiana win as much as Cruz?

High stakes for GOP candidates ahead of convention

As if the stakes in Tuesday’s Indiana Republican primary weren’t high enough for Ted Cruz, enter another twist: Some of those ‘unbound’ delegates he fought so hard to get elected in smaller states like North Dakota now are voicing unease with the Texas senator amid his losing streak to Donald Trump.

While those state contests have been somewhat of a sideshow in an election dominated by the big primary battles, their delegates nevertheless are important to Cruz’s aim of denying Trump the 1,237 delegates needed to clinch the nomination and forcing a contested convention.

If some start to waver, the defectors could help put Trump over the top on the first round of voting in July. Questions about their loyalty only increase the pressure on Cruz to break Trump's winning streak Tuesday.

Of course, Trump could enter the Cleveland convention with an outright majority anyway if he can follow last week’s five-state primary sweep with an Indiana victory, and keep up the momentum all the way through California’s primary on June 7. One recent NBC News/Wall Street Journal/Marist poll showed Trump up 15 points in Indiana.

Addressing a cheering crowd at a Sunday rally in Terre Haute, the first of four events in Indiana over the final two days before Tuesday's election, Trump bragged: "If we win here, it's over, OK?"

Despite the boast, Trump still would not be able to lock up the nomination Tuesday by any stretch.

But there is no question: Cruz needs a win.

"This whole long, wild ride of an election has all culminated with the entire country with its eyes fixed on the state of Indiana," Cruz said Sunday at a late night rally.

The trouble he's having with unbound delegates, though, creates yet another battlefield for the Texas senator’s struggling campaign.

In states like North Dakota, which did not hold a traditional primary or caucus, Cruz skillfully outmaneuvered Trump at the Republican convention last month. Cruz’s allied delegate candidates were elected to 18 of the 25 “unbound” slots.

He said he’s “not necessarily” voting for Cruz on the first ballot in Cleveland, and will now have to see how the remaining contests go.

According to National Review, at least five Cruz-aligned delegates voiced doubts about whether they’d back him on the first ballot. The New York Times also quoted the head of the state GOP saying Cruz’s support there, while strong, is not quite the “vast majority” the Cruz campaign claimed.

Cruz could face similar challenges in Colorado and Wyoming, where he likewise outflanked Trump in getting allies elected to the delegate slates – it’s unclear whether those delegates are feeling pressure at all by Trump’s winning streak to reconsider.

While the unease may only translate to a handful of delegates switching sides, every delegate counts in a primary campaign so fiercely contested that – unless Cruz and Ohio Gov. John Kasich drop out – it is expected to last until the final June primaries.

Cruz has been successful getting his delegate picks elected to slots in other states -- most recently Arizona and Virginia – in hopes that, while many must vote for Trump on the first ballot, they’ll switch to him in subsequent rounds.

Asked about the North Dakota delegate wavering on Monday, Cruz spokesman Ron Nehring insisted Trump “will not get a majority on the first ballot.”

“I believe that after the first ballot, you will see the biggest run of Donald Trump stock since Enron,” he told Fox News.

Already eliminated from reaching 1,237 delegates needed to win the nomination outright, Cruz desperately needs a victory in Indiana to keep Trump from that number and press ahead with his strategy of claiming the nomination at a contested convention in Cleveland this summer.

Cruz told Fox News on Friday that Indiana would decide the election, though he later said the race is not necessarily over if he loses Tuesday either.

“We are going the distance. We are competing the entire distance,” he told ABC’s “This Week.”

Cruz was buoyed in recent days by snagging the endorsement of Indiana Republican Gov. Mike Pence.

“Our focus is on winning Indiana,” Cruz told “Fox News Sunday.” “And I'll tell you what the voters of Indiana care about. They care about jobs. …  We are barnstorming the state. And I've got to say … this has been an incredible week.”

In Indiana, Trump heads into Tuesday with all of his usual confidence. He went after Cruz on Sunday, suggesting evangelical conservatives have "fallen out of love with him" and mocked his decision to announce former GOP presidential candidate Carly Fiorina as his running mate.