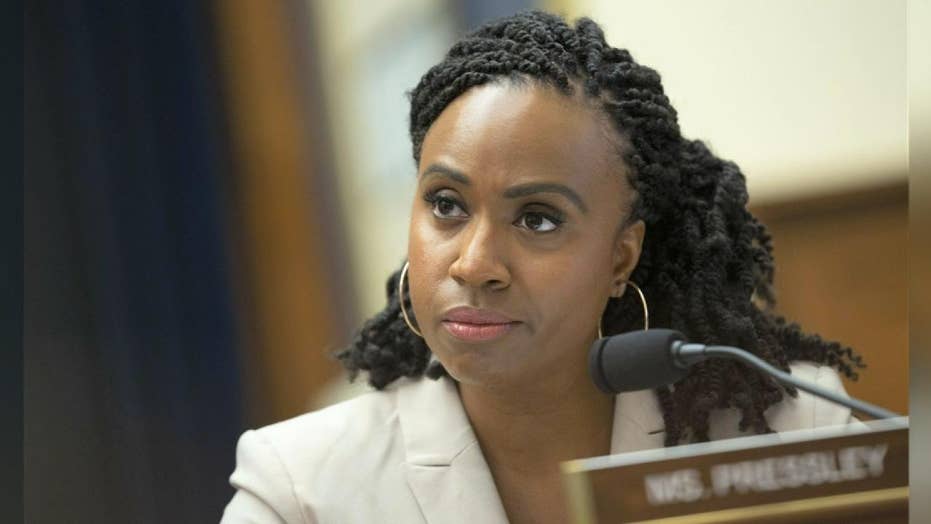 Ayanna Pressley: What to know

Here are a few facts you should know about the Massachusetts Congresswoman.

Rep. Ayanna Pressley, D-Mass., introduced a resolution Thursday that advocates for sweeping changes to the American criminal justice system, including a provision that would allow "transgender individuals to be housed in a facility that conforms with their gender identity."

The resolution, which she dubbed "The People's Justice Guarantee," proposes a broad suite of reforms ranging from a ban on life sentences without parole to an assault weapons ban to decriminalizing prostitution.

"For far too long, those closest to the pain have not been closest to the power, resulting in a racist, xenophobic, rogue, and fundamentally flawed criminal legal system," Pressley said in a press release. "Our resolution calls for a bold transformation of the status quo - devoted to dismantling injustices so that the system is smaller, safer, less punitive, and more humane."

AYANNA PRESSLEY, IN BREAK FROM THE 'SQUAD,' BACKS WARREN FOR PRESIDENT

Pressley's plan would also give incarcerated people the right to vote, repeal federal laws that criminalize illegal immigration, require inmates who are working to be paid no less than federal minimum wage and increase support for inmates transitioning back into society. It would also ban "private companies from profiting from the operation of prisons, jails, and immigration detention facilities, including food services, financial services, commissaries, and medical care," among many other proposals.

In addition to issues that obviously relate to criminal justice, Pressley's resolution pushes Democratic issues that don't directly relate to criminal justice, including the Green New Deal, a $15 minimum wage, reparations for slavery and the repeal of the Hyde Amendment -- a provision in federal law that prevents federal funding from going toward abortion.

A slew of progressive organizations lined up behind the proposal.

"The ACLU is pleased to support the People's Justice Guarantee, the first resolution of its kind to boldly reimagine the American legal system," said Kanya Bennett, the senior legislative counsel for the ACLU. "It is with this framework that the Congress must now work to eradicate mass incarceration."

"We have an incarceration crisis in America that is making us less safe and undermining the values upon which our country is built — liberty and justice for all," said Rob Smith, executive director of The Justice Collaborative. "The People’s Justice Guarantee is a bold, transformative plan to shrink our jail and prison populations sharply, end wealth-based discrimination in the criminal legal system, and invest heavily in the communities that have been the most destabilized by the failed policies of mass incarceration."

Conservatives, however, said that Pressley's resolution was not realistic and would have harmful effects.

"The bill lacks merit and is divorced from reality," said Cully Stimson, a senior legal fellow at the National Security Law Program for the Heritage Foundation. "The de-incarceration movement is at best naive, and if enacted, dangerous as it would result in tens of thousands of violent murderers, rapists and child molesters being let free."

"Hollow statements do nothing to improve our federal corrections system," he said in a statement to Fox News. "The Trump administration has already enacted the most ambitious, bipartisan criminal justice reform package in decades and I look forward to working with the president to assess what more can be done."

Penny Nance, the president and CEO of Concerned Women for America, raised concerns about the resolution's proposals regarding transgender individuals.

“I’m sure that liberals who support this legislation will be pleased with their virtue signaling, but it’s clear that this legislation creates safety issues for very vulnerable women, those who are incarcerated," she said in a statement to Fox News. "In the vast majority of cases a biologically male offender is physically bigger and stronger than a female. Incarcerated women have no rights or ability to advocate for themselves. It’s wrong to force them into a cell with a man even if he identifies as a woman.

"Single sex incarceration exists for a reason. 'The right side of history' is on the side of safety for vulnerable women,” she said.