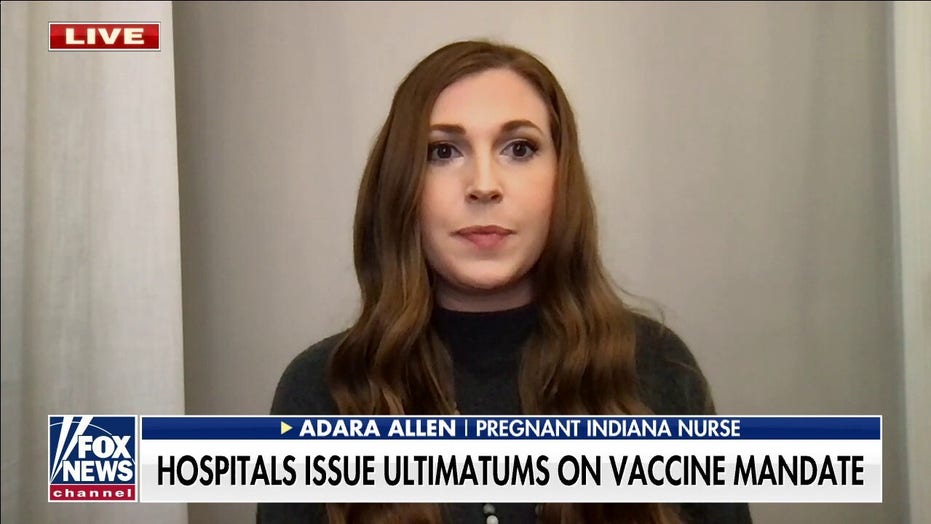 An expectant mother in Boston is furious that the city has expanded its vaccination mandates — taking her complaints directly to the mayor.

Gianna Mullane, 37, is a police officer with the City of Boston Patrolmen union. She is 30 weeks pregnant and cites fertility, a lack of long-term study and health concerns as reasons why she refuses to take the vaccine.

In a video posted to social media, Mullane challenges Boston Mayor Michelle Wu to take personal and administrational responsibility for any negative outcomes from the now-mandated COVID-19 vaccinations.

"[Can] you, right now, put your faith, your person, everything that your research behind this vaccine right now, and sign a document for us, saying that you personally and the city, will take full responsibility if something were to happen to us as mothers and our unborn children," Mullane asked at the Dec. 23 conference. "Would you do that right now for all of us?"

Surrounded by her family, Michelle Wu raises her right hand as she is sworn-in as Mayor by Judge Myong J. Joun, becoming the first woman and first person of color elected to the post, in Boston, Massachusetts, U.S., November 16, 2021. (REUTERS/Faith Ninivaggi)

"She was receptive, I think," Mullane told Fox News Digital on Tuesday. "But her policies and her mindset are not going to change just from what we're saying. But I think it did put us in a position for her to see us more humanized than just a bunch of ‘rah-rah police officers’ that are just refusing to get the vaccine. No, we have actual, real concerns."

Mullane says that the unions have been quiet in the face of growing mandates.

"Our union has kind of taken a quiet backseat. They're still kinda formulating their plan," Mullane said.

The pregnant mother explained that in the face of the mandates, many unions are dissuading members from legal action and bringing in legal experts with fatalistic outlooks on the possibility of working without the shot.

"Our union hired an attorney from Portland to come speak to the membership to tell us it's not worth the fight.  But I mean, we're seeing it all over the country that there are attorneys that are willing to take these cases and to give it a shot," Mullane said. "I think that's what people want to see. They just don't want to be forced into this. They want to give it a shot and fight this."

"But in the meantime, a lot of us city workers […] we're angry, and we want a little bit more of a response. So we formed Boston First Responders United," she continued. "It's kind of this umbrella that has taken everybody in who works for the city, whether vaccinated or unvaccinated, that feel that violating our contracts is a big deal."

Mullane said that her pregnancy was a major factor in her decision-making, having been through extensive fertility treatments in the past which eventually produced her 6-year-old triplets.

"We just want to be able to make our own choices. Especially being pregnant – and some of the young girls, they don't know if they can get pregnant yet. Fertility is such a huge thing," Mullane said. "I went through fertility issues, so I know how hard and how difficult it can be. You blame yourself for every little thing that comes up."

Religious and medical exemptions remain available in theory, but in practice have been either impossible to obtain or largely worthless.

"The few that have been approved that we heard through our Department of Corrections and county things, they'll say, 'Yes, you do have a religious exemption, you do have a medical exemption, but because you work with the public, we cannot make a reasonable accommodation for you," Mulane said.

Mullane said that while her current struggle was inspired by her unborn baby, she does not plan to take the vaccine in the future, even after gestation and breastfeeding are over.

Once again, Mullane cites her children, saying, "If it's being forced on us, the next is it's going to be forced on our children with minimal studies. And I have 6-year-old triplets. And it took me a long time to get pregnant with them and I went through fertility – I have spent the last six years doing everything in my power to keep them healthy and safe. I don't feel comfortable. If I'm not gonna take it, I'm definitely not giving it to my children." 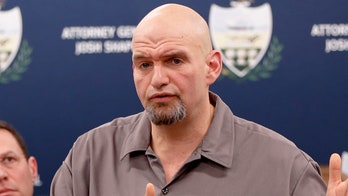