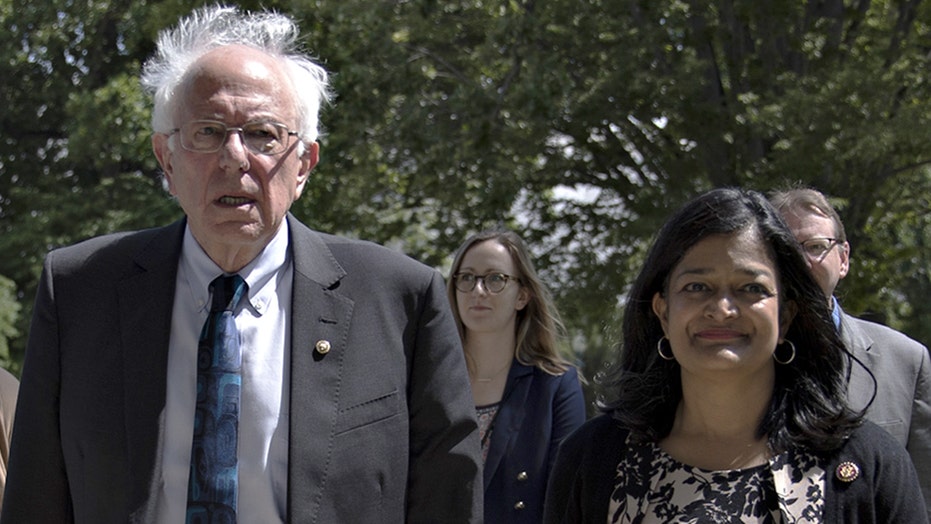 Rep. Pramila Jayapal, D-Wash., officially endorsed presidential hopeful Sen. Bernie Sanders, I-Vt., on Sunday, announcing that she would campaign alongside him in Des Moines, Iowa, before the crucial state caucuses just over two weeks away.

Jayapal, the co-chair of the Congressional Progressive Caucus, has also been named the national health policy chair to Sanders' campaign.

Her endorsement came on the heels of fellow co-chair Rep. Mark Pocan, D-Wis., announcing his support for Sanders.

Jayapal was the lead sponsor of the House "Medicare-for-all" bill. The progressive Democrat's support could bolster Sanders' status among women, analysts have said.

Jayapal's announcement followed weeks of controversy swirling around Sanders and Sen. Elizabeth Warren, D-Mass. -- who also courted the congresswoman's support for her 2020 campaign, but to no avail -- after Warren said Sanders told her in 2018 that he did not believe a woman would win the presidential race. Sanders denied it.

“I’m all in for @BernieSanders for President!,” Jayapal tweeted Sunday. “Bernie has the bold passion, authenticity & clarity that working people across this country desperately need. We are building the progressive movement that will bring justice & opportunity & transform our country. Join us!”

Rep. Alexandria Ocasio-Cortez, D-N.Y., a member of the progressive "Squad" in the House, called Jayapal's support a "really big deal."

Sanders, in a statement Sunday, called Jayapal a "brilliant leader for progressive ideas" and added, "She's led the fight against Trump's racism, sexism, and xenophobia."

He also said, "Together, we will create the political revolution to not only defeat Donald Trump but build a working-class movement that transforms this country so it works for all of us."