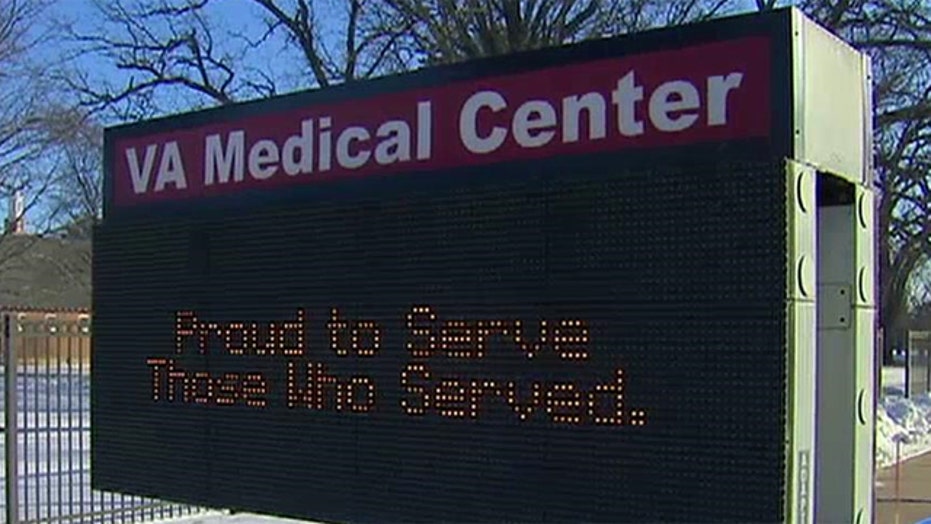 Veterans treated at the facility say they are 'breeding drug addicts'

Jason Bishop, a former patient at the Veterans Affairs facility in Tomah, Wis., says doctors there pushed drugs on him as a solution to virtually all his problems.

“They would want you to take more drugs instead of finding something that would work. They would just give you something to basically say, ‘shut up,’” Bishop said. He disliked returning for treatment because the sight of fellow veterans lining the hallways with “empty eyes” depressed him.

Bishop’s claim is now backed up by two reviews. The latest, released March 10, found unsafe practices at the Tomah VA in pain management and psychiatric care. The review found extensive use of opioids (synthetic opiates) and benzodiazepines (tranquilizers). The report also found no evidence that prescriptions were changed if patients hurt themselves by falling or displayed “aberrant behaviors.”

However, the pill problem doesn’t end in the Tomah, Wis., VA. Some say those overprescribed pills were also ending up on the street.

Mark Nicholson, police chief in Tomah, said powerful, taxpayer-funded meds have been showing up in busts.

“We can tell they are from the VA, either because the person tells us or we can see that they are in the pill bottles from the VA,” Nicholson said.

The pill problem was first documented in the IG report, completed in March 2014. That report was kept from the public until Wisconsin Democratic Sen. Tammy Baldwin’s office forced the publication through the Freedom of Information Act.

It summarized that the Tomah VA was prescribing an “unusually high opioid amount,” and had a pattern of refilling prescriptions for powerful drugs early.

Patients who did not take their meds also were getting prescriptions refilled.

“We substantiated the allegation that negative urine drug screens (UDS) are not acted on and that controlled substances are still prescribed in the face of a negative UDS,” reads the report.

This pattern could well be tied to what people like Nicholson are seeing.

Cops call it a ‘diversion’ when prescribed drugs are not used for their intended treatment.

And a source within the DEA confirms that federal agents are examining the flow of drugs around the Tomah VA.

Whistleblowers had been complaining for years about problems at the Tomah VA. However, the latest review concludes they were subject to a culture of fear at the VA. Even for those who chose to speak up, progress has been slow.

The investigation by the OIG took two-and-a-half years. The end result was an 11-page report, containing some startling facts but few conclusions. Now, some people in powerful positions have taken notice – including Sens. Baldwin and Ron Johnson, R-Wis., as well as U.S. Rep. Ron Kind, D-Wis. VA Secretary Robert McDonald has called for a comprehensive review of medication practices in Tomah.

Bishop said you don’t need a skilled investigator to spot drug abuse at the VA.

Nicholson said the recent attention, though, has not done anything to abate the flow of drugs from the VA.

“I don’t think we’ve seen any change as to the volume of drugs that we are coming across on the street level,” he said.

A former secretary at the VA, Ryan Honl, has emerged as a primary whistleblower in Tomah. He charges the overuse of drugs had been motivated by the former chief of staff at the hospital, Dr. David Houlihan. Bishop echoes that claim.

The father of former U.S. Marine Jason Simcakoski, who died of mixed drug toxicity while in the care of the Tomah VA, also told Fox News the problems trace back to Houlihan.

Houlihan is now the subject of two separate investigations by the Wisconsin Department of Safety and Professional Service. One complains that he was overprescribing oxycodone. The other cites at least 11 allegations tied to overprescribing, with suspicions that the practice led to at least one patient’s death.