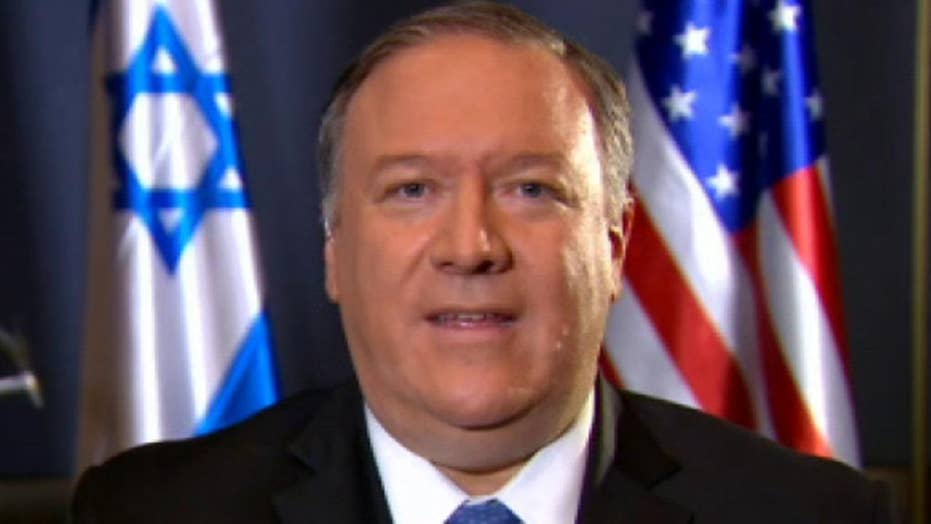 Pompeo addresses the Trump administration's efforts to push back on Iran

Secretary of State Mike Pompeo told Fox News on Thursday that the United States would step up financial and political pressure on Iran's theocratic regime as it seeks to "extend its reach" across the Middle East.

Pompeo on the conflict between Palestine and Israel

Pompeo spoke to Fox News from Jerusalem, where he met with Israeli Prime Minister Benjamin Netanyahu ahead of the latter's planned visit to the White House next week. The visit coincided with Trump's support for recognizing Israel's control of the disputed Golan Heights. Last week, the State Department dropped the phrase "Israeli-occupied" from the Golan Heights section, instead calling it "Israeli-controlled."

Pompeo's visit is likely to further infuriate Palestinians, who have already severed ties with the U.S. over Trump's decision to move the American embassy to Jerusalem last year. However, the secretary of state expressed optimism that the Trump administration could broker a lasting peace agreement.

Pompeo weighs in on the political unrest in Venezuela

"This administration has created the conditions which ultimately may well get us to a place where we can achieve the very peace that everyone in the world wants," he said. "A better life for the Palestinian people, a better life and less conflict risk between the Palestinians and the Israelis."