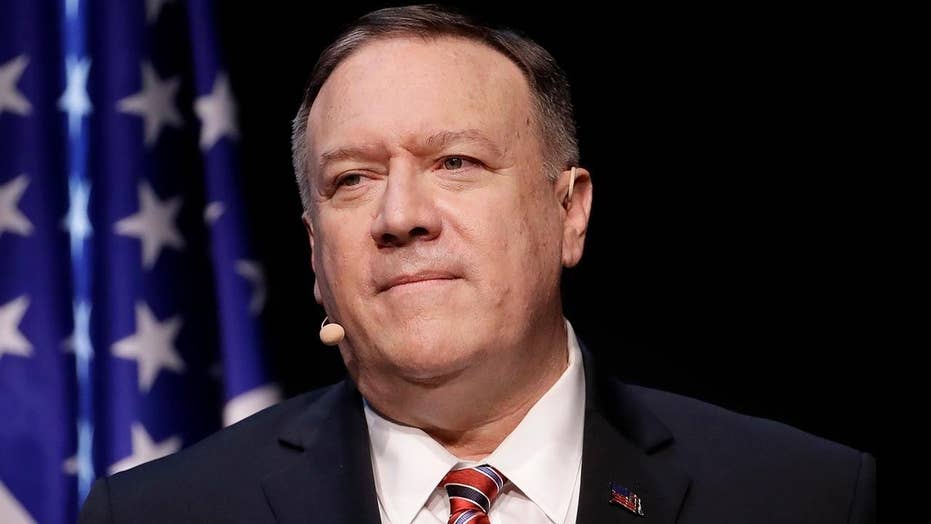 She says he cursed her after interview.

U.S. Secretary of State Mike Pompeo on Friday assured Ukraine that the U.S. would offer its full support if Kiev was ever confronted by Russian aggression, a report said.

Reuters, citing a statement from the Kiev’s foreign ministry, reported that Pompeo made the comments while visiting the country.

Pompeo’s meetings in Kiev come as the Senate prepared to vote on whether to hear witnesses who could shed further light on President Trump’s actions toward Ukraine. Trump is accused of obstructing Congress and abuse of office for withholding critical military aid to the country in exchange for an investigation into Biden, a political rival, and his son, Hunter.

Pompeo plans to stress the importance of the U.S.-Ukraine relationship, a sentiment long shared by Republicans and Democrats who see the former Soviet republic as a bulwark against Russian ambitions.

Ukraine has been a delicate subject for Pompeo, who last weekend lashed out at a National Public Radio reporter for asking why he has not publicly defended the former U.S. ambassador to Ukraine, Marie Yovanovitch. She was removed from her post after unsubstantiated allegations were made against her by Trump’s personal attorney, Rudolph Giuliani.

Pompeo has been criticized for not publicly supporting Yovanovitch, her now-departed successor as chief of the Kiev embassy, William Taylor, and other diplomats who testified before House impeachment investigators. Yovanovitch and Taylor have been attacked by Trump supporters and, in some cases, have been accused of disloyalty.

Fox News' Gregg Re,  Edmund DeMarche and the Associated Press contributed to this report