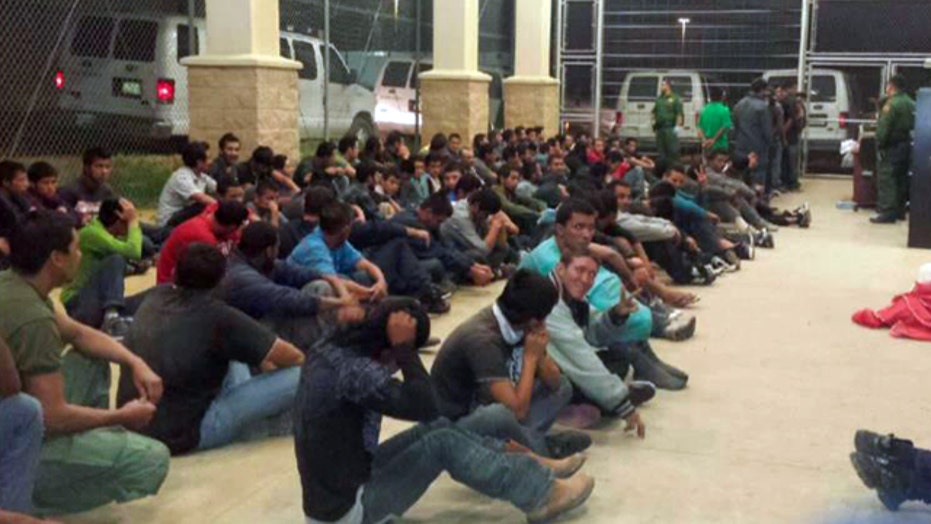 New plan allows relatives of illegal immigrants to enter US

Lawmakers are warning that President Obama's immigration executive actions could open the door for millions of illegal immigrants to qualify for hefty tax "credits" regardless of whether they've filed or paid taxes in the past.

All they need is a Social Security number.

Obama's November announcement paves the way for up to 4 million illegal immigrants to obtain Social Security numbers and work permits. After some initial confusion, IRS Commissioner John Koskinen told Congress this week that this would make them eligible for what's known as the Earned Income Tax Credit (EITC) providing they've been working.

"If you get a Social Security number, you can then file for this year if you're working, and if you earned income in the three years before that and filed, you'll be eligible," Koskinen told a House oversight committee hearing.

Further, he said, they would likely be able to get that credit even if they hadn't filed for three years. According to some estimates, the tax credit combined with others could add up to billions over the next decade.

The Earned Income Tax Credit is what's known as a refundable tax credit, intended for working people who have low to moderate incomes. The average credit varies based on their number of children, but can be worth over $6,000 per year.

For critics of Obama's immigration plan, the potential for illegal immigrants to claim this once they're in the program represents another problem.

"These are not tax 'refunds' but direct, free cash payments from the U.S. treasury to low-income illegal immigrants who owe no taxes," Sen. Jeff Sessions, R-Ala., said in a statement. "It is a dramatic cash transfer from lawful residents to unlawful residents, required by the president's imperial amnesty.

"There can be no legal or moral justification for rewarding illegal entrants in this way. Not only is it unfair to strapped taxpayers, but it will encourage countless more to enter the U.S. illegally or to illegally overstay their visas."

During a Senate Finance Committee hearing earlier this month, Sen. Chuck Grassley, R-Iowa, noted that a top IRS official determined as far back as 2000 that individuals granted what's known as "deferred action" -- which is the term for what Obama is using -- would "be able to amend returns for the previous years to claim the EITC for years they worked illegally in the United States once they obtain their Social Security number."

In other words, illegal immigrants granted de facto legal status by the Obama administration in the coming months could qualify for credits this year, and even retroactively for past years, whether they paid taxes or not.

In a letter sent last week to Treasury inspector general, Sens. Ben Sasse, R-Neb., and Ron Johnson, R-Wis., noted that "under EITC rules, anyone eligible for the program can also ask for payments to cover the three prior years as well. This means that an illegal alien with a new Social Security Number can get a payment of more than $24,000 for years they were working illegally."

This issue comes to light as Republicans in Congress aim to the undo Obama's executive actions. House Republicans recently passed a Department of Homeland Security funding bill that includes a rider reversing Obama's immigration actions. The bill is currently stuck in the Senate.

The Joint Committee on Taxation, giving a sense of what these credits are worth, recently released an estimate showing the passage of the 2015 DHS funding bill would decrease government payouts for the EITC, as well as child tax credits, by $10.2 billion over the next 10 years.

Presuming Obama's immigration actions go forward as planned, they could be adding to an already growing taxpayer tab for illegal immigrant credits and benefits. A 2011 inspector general report found taxpayer money paid to illegal immigrants claiming the separate child tax credit had quadrupled over a five-year period to $4.2 billion in 2010.