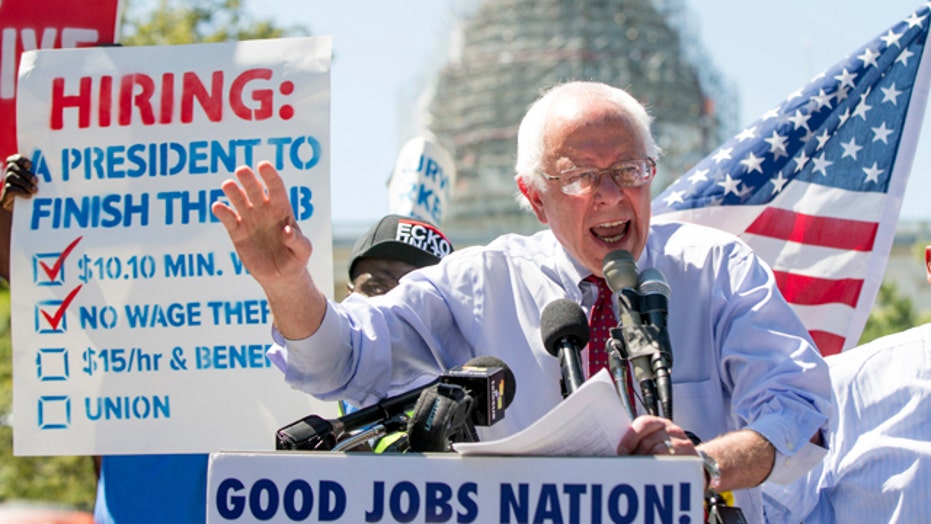 Vermont Sen. Bernie Sanders has pulled within single digits of Hillary Clinton in a New Hampshire primary poll, rendering the race a statistical tie in the latest sign of trouble for the Democratic front-runner.

The 6-point margin in the first-in-the-nation primary state is within the poll's 5.9 percent (plus or minus) margin of error. The pollster said that makes the race a "statistical tie."

For Clinton, the findings only add to the headaches for a campaign that has not only weathered a string of revelations about her personal email use at the State Department but now faces the possibility of additional challengers.

With Sanders' insurgent campaign drawing support from the party's liberal base and a series of surveys showing slack in Clinton's numbers, speculation has mounted that Vice President Biden could enter the race later this year. The White House acknowledges he's considering it, and President Obama's top spokesman said Monday a "spirited contest" would be in the best interest of the party.

In the same New Hampshire poll, Biden garnered the support of 5 percent, though at this stage he is not a candidate.

Clinton, meanwhile, continues to deal with questions about her use of personal email while secretary of state and her handling to this day of emails that may have classified material on them. Clinton attorney David Kendall confirmed to Fox News that the FBI is investigating the security of her private server, after inspectors general referred the matter to the Justice Department.

He registered as the most popular Democratic candidate in the state, with 69 percent having a favorable opinion of him. Clinton's rating in that regard was 54 percent.

The poll of 276 likely Democratic primary voters was taken July 22-30.

The poll comes after the latest Fox News poll, released Monday, showed that Clinton still has a significant lead over Sanders nationally, but that her support has dropped to its lowest level yet.

Clinton received 51 percent while Sanders came in at 22 percent -- Clinton’s worst showing and Sanders’ best. Support for Clinton was 59 percent two weeks ago, 61 percent a month ago -- and has been as high as 63 percent in the months since Sanders entered the race. Biden received 13 percent support.