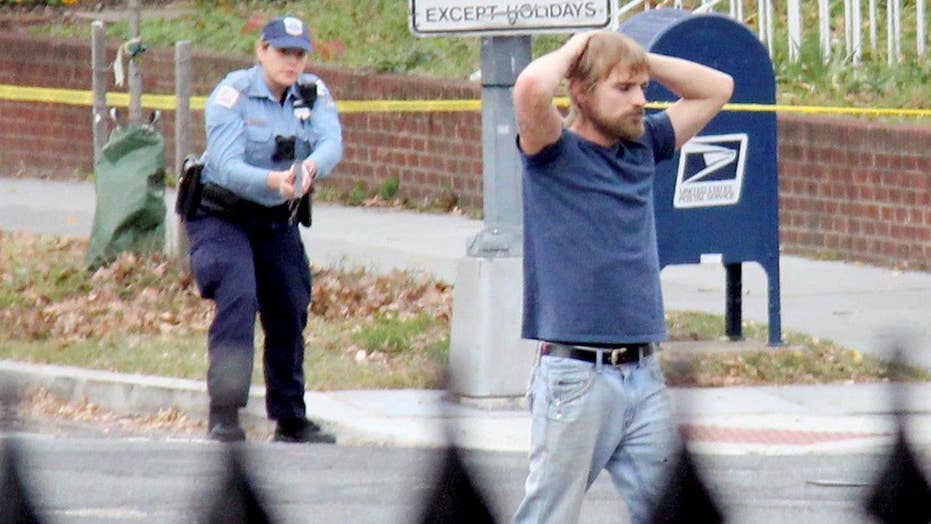 Maddison Welch opened fire with a semi-automatic rifle inside the restaurant; he told police he read online that the restaurant was running a child sex slave ring

WASHINGTON – A man who police say fired an assault weapon inside a Washington pizza shop as he sought to investigate phony rumors of child sex trafficking has reached a plea deal with federal prosecutors.

At a status hearing Wednesday in U.S. District Court in Washington, lawyers said they have reached a plea deal in principle for 28-year-old Edgar Maddison Welch of Salisbury, North Carolina.

Welch would face up to 10 years in prison if convicted of interstate transportation of a firearm, assault with a dangerous weapon and possessing a firearm during a crime of violence.

Terms of the plea were not discussed. Welch's public defender, Dani Jahn, and the U.S. Attorney's Office in Washington declined comment. After lawyers asked for more time to complete paperwork, U.S. District Judge Ketanji B. Jackson scheduled a plea hearing for March 24.

Authorities say Welch caused panic by firing multiple shots inside the Comet Ping Pong restaurant on Dec. 4, after driving from North Carolina to investigate a conspiracy theory about high-profile Democrats harboring child sex slaves, with the pizza shop connected in some way.

Court documents indicate he entered the pizzeria carrying a .38 revolver in a holster on his hip and the AR-15 assault weapon across his chest. Authorities say he fired at a locked door as he searched for evidence of hidden rooms or tunnels.

According to court documents, Welch "surrendered peacefully when he found no evidence that underage children were being harbored in the restaurant." No one was hurt.

Welch's parents have said their son's mood turned for the worse last year and he began having nightmares after he hit a 13-year-old pedestrian with his car in October.

Welch, dressed in an orange jail jumpsuit, did not speak during the hearing, which lasted less than 10 minutes.