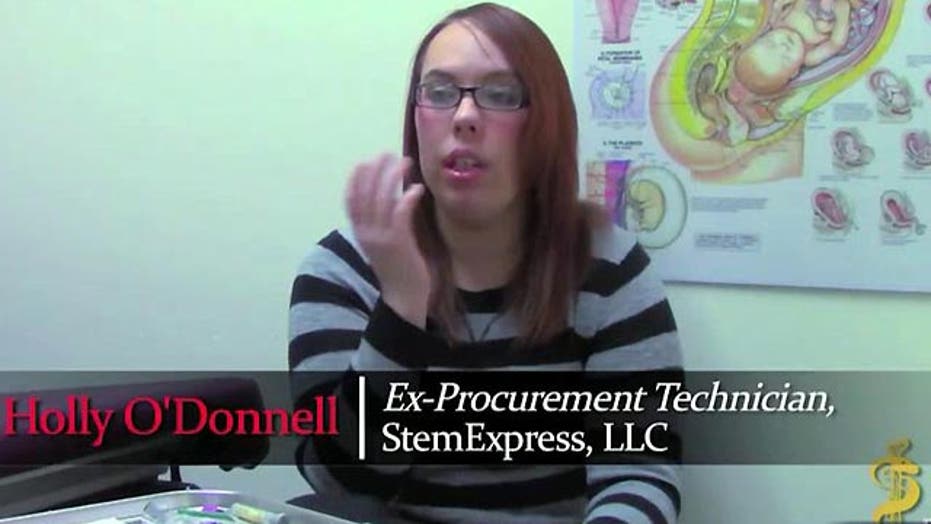 Controversial videos change the debate about the organization

Journalists may be ignoring the firestorm surrounding a series of damning undercover Planned Parenthood videos, but the beleaguered abortion provider is not turning its back on the fourth estate.

On Tuesday, Planned Parenthood honored 16 journalists from such media outlets as Yahoo!, MSNBC, Cosmopolitan, BuzzFeed and others, according to the Media Research Center. Named for Planned Parenthood founder Margaret Sanger, the “Maggie Awards” recognize “exceptional contributions” that  “enhance the public's understanding of reproductive rights and health care issues,” including abortion.

“We are thrilled to honor this select group of fearless journalists and activists for their always honest, brave, and accurate reporting on sexual and reproductive health,” said Cecile Richards president of Planned Parenthood Federation of America. “These are the stories that empower and educate — the stories of women, communities of color, members of the LGBT community — and it is incredibly important that these stories are told and amplified over the next year.

“We are thrilled to honor this select group of fearless journalists and activists for their always honest, brave, and accurate reporting on sexual and reproductive health.”

Among the individual prizes doled out at the annual event was an award to Salon’s Valerie Tarico for a story entitled, “I am pro-abortion, not just pro-choice: 10 reasons why we must support the procedure and the choice.”

The event came as the abortion provider’s federal funding is being threatened by lawmakers sickened by a series of undercover videos posted online by the Center for Medical Progress. The videos include interviews with former lab employees who worked with Planned Parenthood, as well as undercover video of officials discussing what appear to be illegal practices including the possible sale of fetal body parts.

In the most recent of six videos, a former lab technician for StemExpress, which worked with Planned Parenthood, described cutting through the face of an aborted fetus whose heart was still beating to harvest its brain.

While Fox News Channel has covered the release of the videos, which have prompted calls in Congress for defunding the organization and have also become a topic of debate in the Republican presidential primary, ABC, CBS, CNN and NBC have ignored the videos altogether or in some cases made passing mention of them.

“Since the release of CMP’s first video, the networks have engaged in a near-blackout of the story,” said Katie Yoder, of the Media Research Center. “ABC, NBC and CBS spent an embarrassing total of 0.008 percent of their news shows playing the CMP footage exposing Planned Parenthood: 1 minute, 13 seconds out of 243 hours and 30 minutes.”

Sanger, who died in 1966 at the age of 86, is seen by many as a feminist pioneer and the first activist for birth control. But her speeches and writings in the early 20th Century also included calls for sterilizing the “feeble minded” and limiting the number of children parents could have.

“Planned Parenthood's founder Margaret Sanger was an expert at manipulating the media to support her eugenics vision of racial cleansing for America,” said David Daleiden, project lead for the Center for Medical Progress. “Planned Parenthood continues in Sanger's mold to this day, both in its utilitarian use of the human beings it aborts and in its close relationship with media elites and political cronies who receive the Margaret Sanger award.”