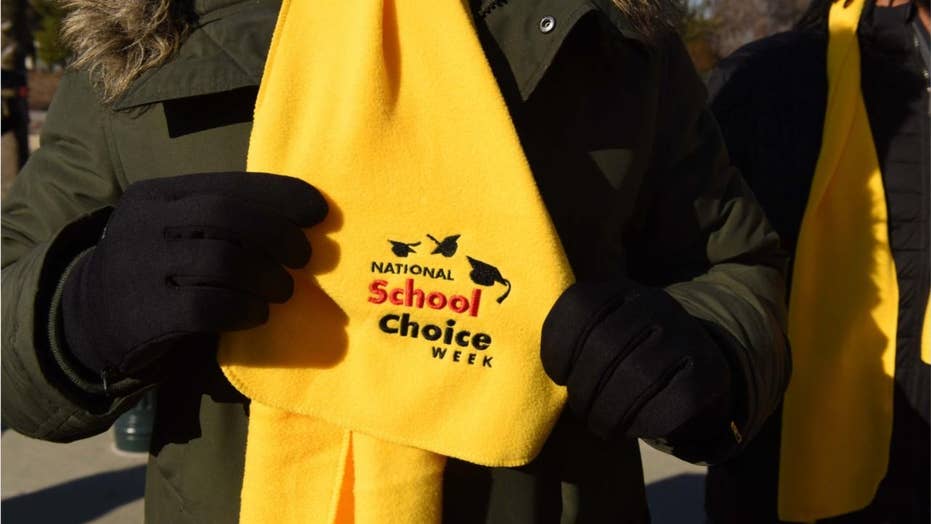 Kendra Espinova, the plaintiff in the Supreme Court school choice case, and her attorney, Erica Smith, discuss why they believe government issued vouchers should be allowed to be used for religious education.

The plaintiffs in a major school-choice case for which the Supreme Court heard oral arguments Wednesday told Fox News they are "very confident" about their chances of getting the justices to side with them in a case that could open the door to more scholarship and voucher programs across the U.S., following the high court's recent trend of expanding religious liberty.

"It seemed that the left side of the court was skeptical of our arguments," said Erica Smith, a senior attorney at the Insitute for Justice, the group representing the plaintiffs in Espinoza v. Montana Department of Revenue. "But we are very confident that we have at least five justices that are ready to rule for us here, led by Chief Justice Roberts, and we feel very good about the opinion that should come down in June."

Kendra Espinoza of Kalispell, Montana, center, stands with her daughters Naomi and Sarah outside the U.S. Supreme Court, Wednesday, Jan. 22, 2020 in Washington. Espinoza is the lead plaintiff in a case the court heard Wednesday that could make it easier to use public money to pay for religious schooling in many states. Espinoza's daughters attend the Stillwater Christian School in Kalispell, near Glacier National Park. (AP Photo/Jessica Gresko)

"As an American, we have a right to religious freedom and to have the same opportunities that someone who is not religious has and I do feel that our rights have been infringed upon in that way," said Kendra Espinoza, the lead plaintiff.

Espinoza, a mother who works two jobs as she struggles to pay private school tuition for her children, told Fox News that knowing her case could set nationwide precedent bolstering the school-choice movement puts things in perspective.

"I suppose it empowers me to keep going and keep trying," she said. "It's been a challenging road and there's been ups and downs, but knowing that it has so much potential to impact so many families is encouraging to me but it's also humbling to me too."

While the high court's decision in the case is likely to center on the Establishment Clause and the Free Exercise clause, two religion-related sections of the First Amendment, Smith told Fox News that the real-world impact of the case would affect families trying to send their kids to the school that is right for them more than anything.

"This case is about religious liberty, but it's about so much more than that," she said. "At its core, it's about families' right to choose the best school for their kids regardless of whether that school is religious or nonreligious."