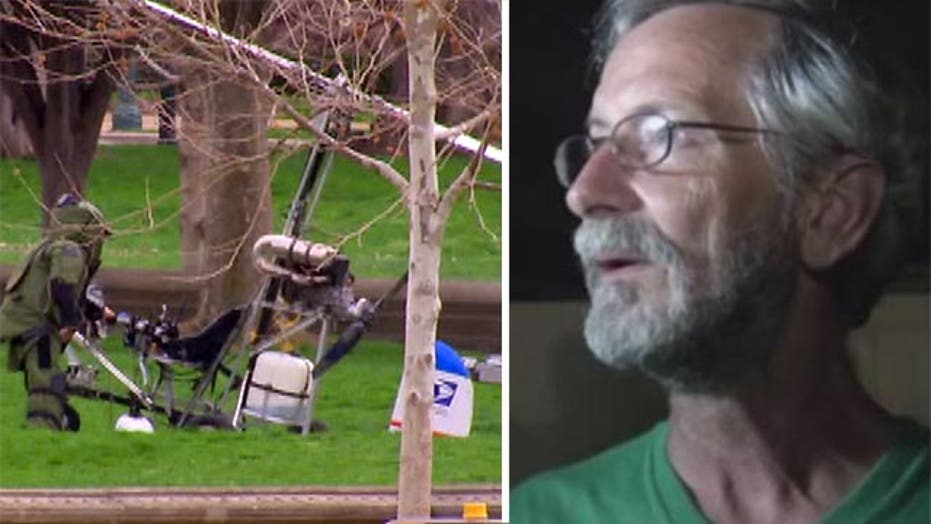 WASHINGTON – A Florida man who piloted a gyrocopter through miles of America's most restricted airspace before landing at the U.S. Capitol is now facing charges that carry up to 9 1/2 years in prison.

The U.S. attorney's office for the District of Columbia said Wednesday in a statement that a grand jury has indicted Douglas Hughes on six charges. He is scheduled to appear Thursday in federal court in Washington.

A federal public defender listed in the court's online record as representing Hughes did not immediately respond Wednesday afternoon to a telephone message and email requesting comment.

Hughes, who took off from Gettysburg, Pennsylvania, was arrested April 15 after he landed on the Capitol's West Lawn. Hughes has said his flight was intended to call attention to the influence of big money in politics. The stunt also led to a congressional hearing and exposed a gap in ensuring the safety of buildings in the city.

The charges Hughes now faces include two felonies: operating as an airman without an airman's certificate and violating aircraft registration requirements. Those charges carry a maximum of three years in prison. He is also facing three misdemeanor offences of violating national defense airspace, each carrying a maximum of one year in prison.

Hughes, 61, who had been employed as a postal carrier and lives in Ruskin, Florida, also faces a misdemeanor charge of operating a vehicle falsely labeled as postal carrier. The tail section of Hughes' gyrocopter carried a Postal Service logo. That charge carries a statutory maximum of six months in prison.

The charges Hughes faces also carry potential fines. The indictment says that if he is convicted of one or both of the felonies, prosecutors will ask that a judge order him to forfeit the gyrocopter.

During a court appearance the day after his arrest, Hughes was ordered placed on home detention. He is not allowed to return to Washington except for court appearances and meetings with his attorney, and must stay away from the Capitol and the White House. He is also barred from operating any aircraft.