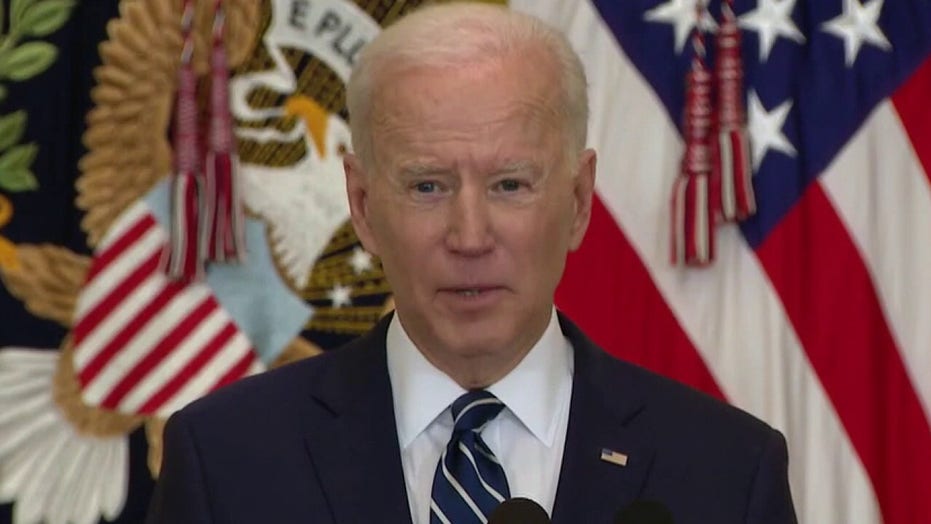 Biden pressed on lack of transparency at press conference

President Biden referenced "cheat sheets" detailing key policy points and the identities of attending journalists when he conducted the first formal news conference of his presidency on Thursday.

U.S. President Joe Biden holds notes on infrastructure while speaking during a news conference in the East Room of the White House in Washington, D.C., U.S., on Thursday, March 25, 2021.  (Photo by Oliver Contreras/Sipa USA/Reuters)

In another photo, Biden was seen consulting a sheet that appeared to show the pictures and news outlets of journalists who attended his news conference. Some of the pictured reporters had a circled number next to their images.

Just 25 reporters were permitted to attend the press conference. Biden took a limited number of questions from a list of pre-selected reporters before leaving the podium. Fox News’ Peter Doocy was not among the reporters who were selected to ask a question.

President Joe Biden speaks during the first formal press conference of his presidency in the East Room of the White House in Washington, D.C. on Thursday, March 25, 2021.  (Photo by Oliver Contreras/Sipa USA/Reuters)

Biden answered questions related to the ongoing crisis at the southern border, his view on calls to end the filibuster, and an array of other topics. The president said he intends to run for reelection in 2024.

Critics of the Biden administration have called on administration officials to make Biden available to the press on a regular basis. White House Press Secretary Jen Psaki holds daily briefings.

The use of note cards is not unprecedented at press conferences. In November 2019, Trump held a notebook with handwritten prompts during a press conference on testimony delivered at his first impeachment hearing.