Philadelphia police union president John McNesby argued on "Fox & Friends" Thursday that "it's not safe" in Philadelphia with the city's district attorney, Larry Krasner, in office.

McNesby added Krasner should be ousted amid an increase in crime in the city with criminals facing "no repercussions."

He said officers have been switching parties from Republican to Democrat to oust the liberal DA.

"Most of our members are Republican," McNesby noted on Thursday. "We’re having them switch over to vote in the primary and we’re switching them right back, right after the primary."

"That’s so we can get as many votes as we can," he said, adding that if the officers and their families switch parties, "we knock this guy off come May 18."

The Krasner campaign sent a statement to Fox News saying, "We are unsurprised to see the FOP [Fraternal Order of Police] throwing a Hail Mary, begging Republicans to change their registration to vote in the Democratic primary in a desperate attempt to regain relevance."

"It will not work," the statement continued. "The people get to choose and they know that Larry Krasner fights for them."

In response to the statement, McNesby told host Ainsley Earhardt that Krasner "has no respect for the community" and "no respect for victims of crime." 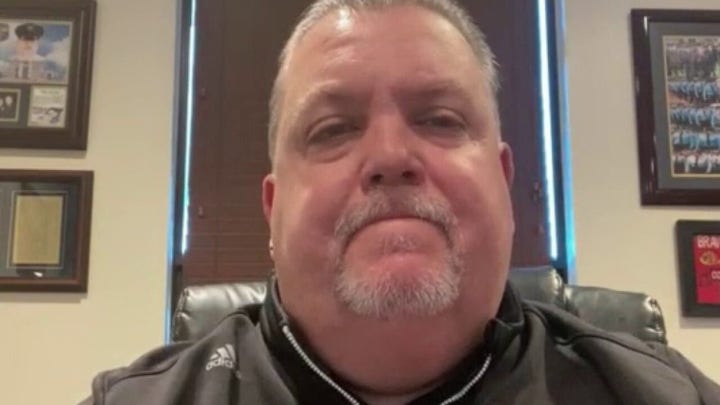 "I guess a year or two ago it was just the FOP out there screaming about this and now, it’s in … every neighborhood and every part of the city so people are catching on to this," he continued. "They realize that it’s not safe to be here in Philadelphia, and it’s not safe while he’s sitting in the seat of the district attorney and we need to make a change."

Critics have accused Krasner of failing to crack down on violent crime during his tenure. According to the Philadelphia Police Department, there has been a 35% increase in homicides year-to-date, with 132 reported as of Wednesday.

McNesby said he believes the increase in crime is a result of criminals thinking there are no repercussions for the crimes they commit due to Krasner’s policies.

"They know if they are caught, nothing’s going to happen," he said. "There’s a catch-and-release program here in Philadelphia."

The Krasner campaign did not immediately respond to Fox News’ request for comment regarding the alleged plea deals.

McNesby said he is urging officers and others in the community to vote for Krasner’s Democratic challenger, former homicide prosecutor Carlos Vega.

"Carlos is a career prosecutor," McNesby said, stressing that he’s experienced, very well-known and "he actually cares about the people in the community, unlike his opponent."

Krasner has pursued a number of reforms to Philadelphia’s justice system since becoming district attorney in 2018, including an end to cash bail payments for low-level crimes.

Vega has pledged to crack down on gun violence and homicides if elected to office and his prominent donors include local police and first responder unions, as well as nearly two dozen former city prosecutors.