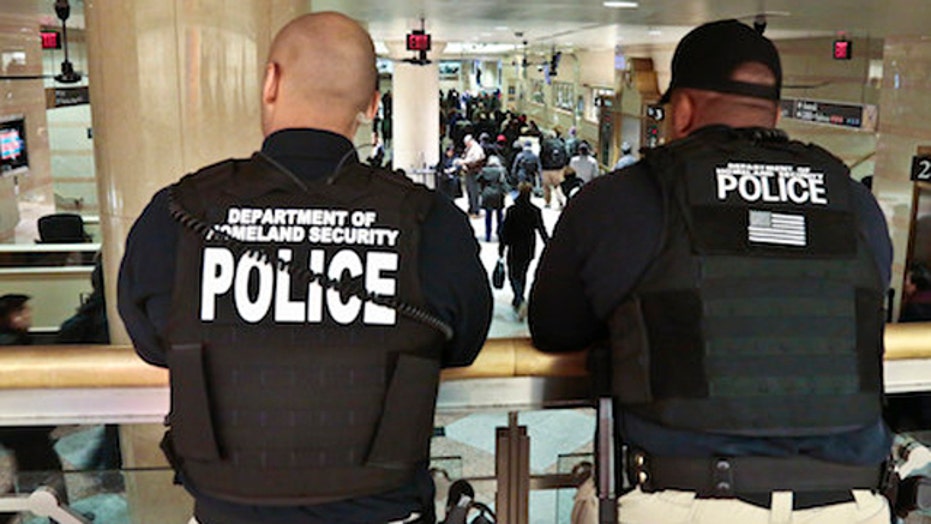 The Pentagon is warning employees about being potential targets of quick-strike terror attacks -- to the extent of suggesting they change travel routes, remove identifiable logos and avoid large gatherings.

The advisory was issued by the Pentagon Force Protection Agency, which protects the Pentagon and its employees, and says recent threats indicate that terrorists “directed or inspired by Islamic State” consider military and law-enforcement officers legitimate targets, as reported first by The Washington Times.

The advisory was issued Friday and says the threats were uncovered by intelligence and law enforcement sources and that the attackers may use knives, guns or explosives.

“In light of these threats and recent attacks in the United Kingdom, France and Canada, remaining vigilant is paramount,” the two-page advisory warns.

The news of the advisory follows Homeland Security Secretary Jeh Johnson announcing Tuesday that his agency has increased security at federal buildings across the country, citing terror threats and the recent attacks.

Federal Protective Service officers are providing the increased security, which Johnson said is “precautionary,” and not in response to a specific threat.

The Pentagon advisory said the potential attacks could occur with “little or no advanced warning” and that employees’ family members also could be targeted.

Islamic State, also known as ISIS or ISIL, has threatened retaliation for U.S.-led air strikes on members and installations in Iraq and Syria.

-- Don’t post anything online that links you to the Defense Department.

-- Remove decals and other identifiers from clothing and vehicles.