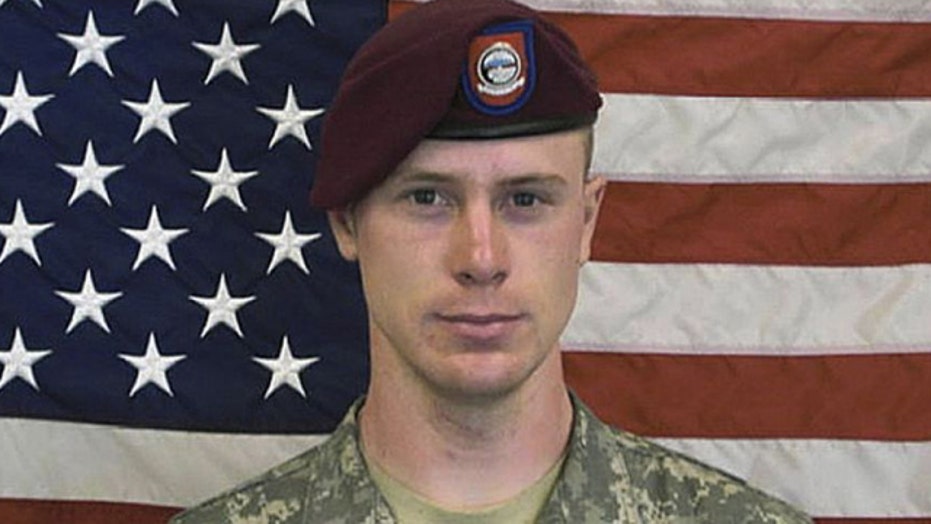 The Government Accountability Office, in a legal opinion issued at the request of congressional lawmakers, said the Defense Department violated the law by failing to notify key Capitol Hill committees at least 30 days in advance.

Further, the report said the Pentagon broke another law by using funds that were not technically available.

Defense Department press secretary Rear Admiral John Kirby told Fox News Thursday night,  "the operation to retrieve Sgt. Bergdahl was lawfully conducted and that was also the judgment of the Justice Department. Nothing has changed about our view that this was a lawful recovery operation."

The GAO said the law in this case is "clear and unambiguous." The agency said that while the Defense Department defended the legality of the controversial swap, "in our view, DOD has dismissed the significance of the express language" in the law.

The report comes several months after the Obama administration released five senior Taliban members from Guantanamo Bay in exchange for Bergdahl, who had disappeared in 2009. Under the exchange terms, the five Taliban are to remain in Qatar for a year.

Lawmakers at the time complained about the security implications of releasing Taliban leaders from Guantanamo, but also about the late notification by the Pentagon that they were going forward with the swap.

Sen. Lisa Murkowski, R-Alaska, among the lawmakers who requested the report, said Thursday that the president “clearly defied” the law.

“We have all seen the President decide to override the concept of checks and balances in many questionable executive actions, but the GAO opinion confirms that by doing so in connection with the release of Bowe Bergdahl, he engaged in a clear violation of the law,” she said in a statement. “I hope this opinion by the nonpartisan Government Accountability Office sends a clear signal to the President that his recent shift towards unilateral action is not consistent with this nation's principles and our carefully designed separation of powers."

Whether the finding will result in any formal legal complaint remains to be seen. The House Armed Services Committee has prepared a “resolution of disapproval” potentially to be considered later this year about the swap, but such a measure is nonbinding.

At issue were recent laws passed by Congress. The latest Defense spending bill states that no money can be used to transfer Guantanamo prisoners to another country "except in accordance" with a separate, related Defense law. That law requires the secretary of Defense to notify key congressional committees at least 30 days before such a transfer.

The swap occurred May 31 of this year. However, the GAO report said those committees were only notified between May 31 and June 2.

"When DOD failed to notify specified congressional committees at least 30 days in advance of its transfer of Guantanamo Bay detainees to Qatar, DOD used appropriated funds in violation of section 8111," the report said.

It also said DOD violated the Antideficiency Act, which bars spending by agencies above the amount of money that Congress has obligated. In this case, the report said the Defense Department spent nearly $1 million more than it had.