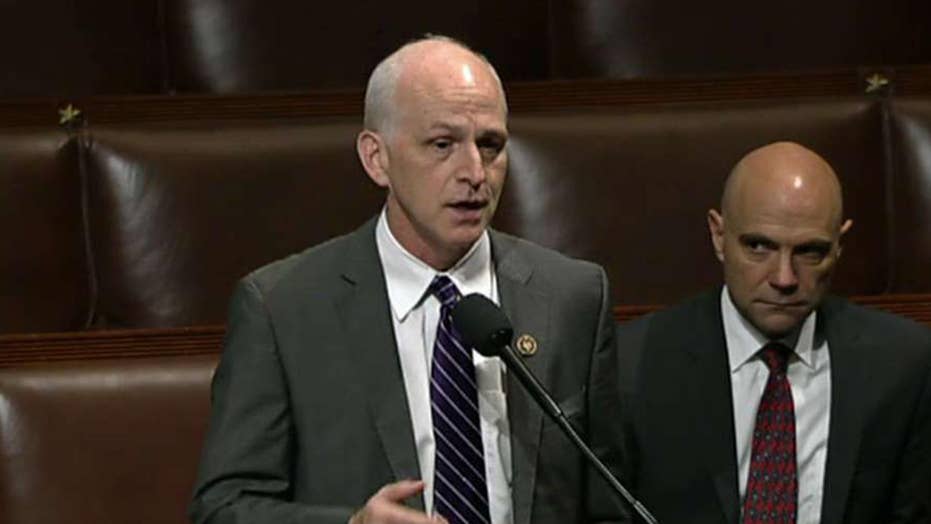 A British company hired to help train Afghan intelligence officers billed the U.S. government for more than $50 million in questionable expenses that included luxury cars and exorbitant salaries paid to the "significant others" of the company's top executives, according to a Pentagon audit.

New Century Consulting also spent $42,000 on automatic weapons, using cash to get around a prohibition in the contract on purchasing the firearms, and showered other personnel with hefty pay and bonuses they hadn't earned. Missouri Sen. Claire McCaskill summarized the audit's major findings in a letter to Defense Secretary Jim Mattis that she released on Wednesday.

McCaskill, the top ranking Democrat on the Homeland Security and Governmental Affairs Committee, is demanding to know which Defense Department office was responsible for overseeing the work, what steps are being taken to recover the millions of dollars in disputed payments, and whether the U.S. government has considered prohibiting New Century Consulting from receiving new federal contracts.

"Whoever approved of this spending should be fired--it's a slap in the face to Missouri taxpayers and the entire contracting process," McCaskill said in a statement.

Michael Grunberg, chief executive officer of New Century Consulting, said the company strives to follow federal acquisition rules and "other relevant obligations." He said it "is most unfair and is significantly inaccurate" that the executive assistants were paid inappropriate salaries. Grunberg said the audit "questioned solely the use and depreciation treatment of vehicles" and that New Century Consulting "accounted for no more than three vehicles across the entire business at any one time."

Grunberg also said the purchase of the weapons was done properly and at the direction of the U.S.-led command overseeing the training and equipping of the Afghan security forces.

McCaskill's disclosure of the audit's key findings is a rare glimpse into the opaque world of battlefield contracting. Contractors are indispensable in Afghanistan, handling security, transportation, construction and more. Yet the Defense Department has faced widespread criticism that it often fails to perform rigorous oversight of the work and how exactly U.S. dollars are spent.

The report also comes amid the tense debate inside the Trump administration over the way ahead in Afghanistan. Two of President Donald Trump's most senior advisers -- chief strategist Steve Bannon and son-in-law Jared Kushner -- have been advocating a plan that would have military contractors fight the war there instead of American forces.

There are about 8,400 U.S. troops in Afghanistan. Trump has so far resisted the Pentagon's recommendations to send as many as 4,000 more. The Associated Press reported last week that Blackwater Worldwide founder Erik Prince, the brother of Education Secretary Betsy DeVos, was approached by Trump's top advisers to develop proposals to gradually swap out U.S. troops and put contractors in their place.

The Defense Contract Audit Agency examined New Century Consulting's invoices between fiscal years 2008 and 2013, when it was a subcontractor to another company, Imperatis Corporation. Among the costs passed on to U.S. taxpayers were expenditures for seven high-end cars -- Porsches, Alfa Romeos, a Bentley, an Aston Martin and a Land Rover, according to McCaskill's letter to Mattis. The actual cost of the vehicles isn't specified.

These "significant others" also were employed by New Century Consulting as executive assistants and had an average salary in 2012 of close to $420,000 each even though they worked from home and never traveled to customer locations, according to McCaskill's letter. She said the company was unable to show that these individuals actually performed any work.

The audit also challenged millions of dollars in compensation for other employees, including the consultants that the company sent to Afghanistan to train the forces there. McCaskill said the consultants were supposed to be paid at a 100 percent rate when deployed overseas, but only at 60 percent when on leave. But New Century Consulting gave its consultants the full rate regardless of where they were.

"These excessive payments cost taxpayers over $15 million," she wrote.

New Century Consulting also gave its consultants more than $3.3 million in bonuses that they either didn't earn or that weren't required by their contracts, according to the senator.

McCaskill said the audit, completed last year, was conducted partly in response to concerns she and Sen. Rob Portman, R-Ohio, had raised after the Special Inspector General for Afghanistan Reconstruction identified a litany of problems with Imperatis' billing and record-keeping practices. The Defense Contract Audit Agency doesn't publicly release its audits.

Imperatis had a contract dating back to 2007 for intelligence training in Iraq. The work shifted to Afghanistan in 2010. Three years later the Army Contracting Command awarded New Century Consulting a contract all its own to professionalize the intelligence units within the Afghan ministries of defense and interior.

The two companies were paid $522.4 million overall, according to contract data compiled by the special inspector general. Army Contracting Command didn't respond to a request for comment.

Imperatis, formerly known as Jorge Scientific, came under heavy scrutiny in 2012 after a lawsuit filed by two former employees alleged that their co-workers in Afghanistan abused alcohol and drugs, possessed illegal weapons and engaged in appropriate sexual relationships. Imperatis went out of business last year.

McCaskill said the Defense Contract Audit Agency is currently auditing New Century Consulting's billings through early 2016 on the contract it received as its arrangement with Imperatis was ending.