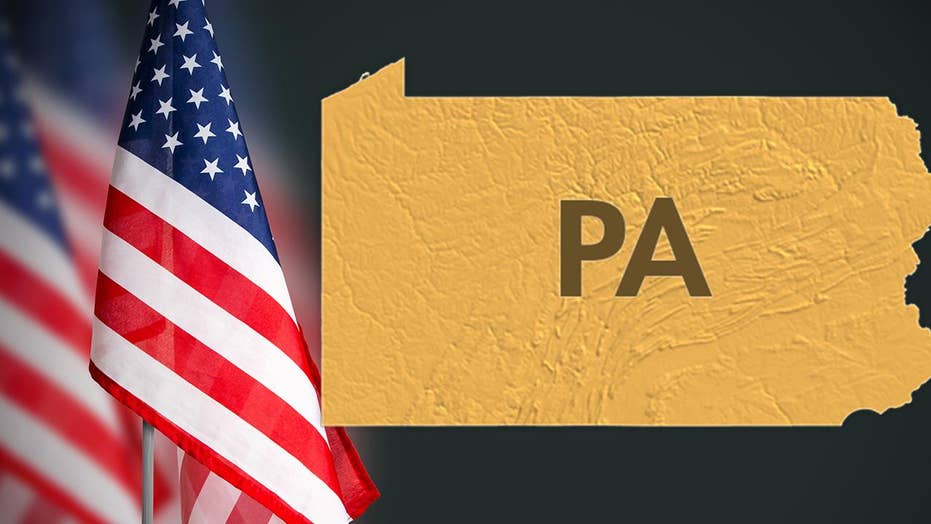 How the Pennsylvania primary could help flip the House

A look at how the Pennsylvania primary could help flip the house and whether the new districting map could impact the results.

The Pennsylvania primaries Tuesday will set the stage for a political battle royal that could determine whether Democrats achieve their goal of sweeping Republicans out of power in the House.

The party’s bid to take over the House this fall is largely focused on the Keystone State, where a more-favorable congressional map coupled with a wave of Republican retirements has given Democrats a unique opening.

In a closely watched case, Pennsylvania’s congressional districts were redrawn when the state Supreme Court in January invalidated the map created by the state’s GOP-controlled legislature. Further, five of Pennsylvania's 13 Republican House members have either quit or are not running again, helping create seven chamber vacancies this cycle. 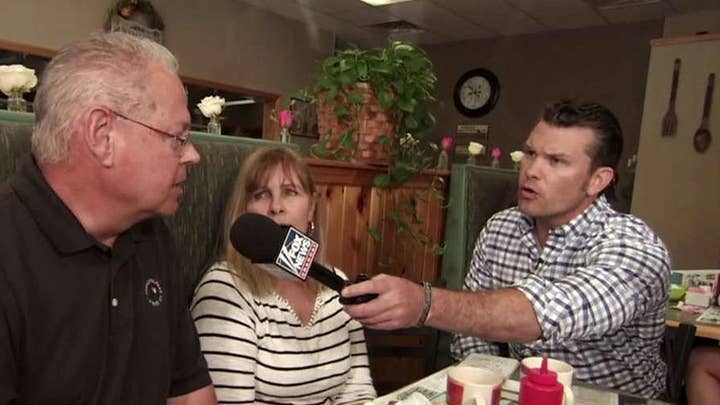 A batch of victories in the state’s 18 House races this year would indeed help Democrats in their bid to win a total 23 seats and take control of the House. However, the overload of open seats has resulted in several over-sized Democratic primary fields, sparking the kind of infighting that could leave candidates damaged in their general election races.

Democrats see some of their best chances in seats held by GOP Reps. Ryan Costello, who’s retiring, and Patrick Meehan, who resigned in April amid allegations of sexual misconduct.

Both seats are in suburban Philadelphia, where Democrats think they can recapture voters who went for President Trump in 2016.

Costello, in announcing his retirement in March, acknowledged that his redrawn, more Democratic-leaning district was a factor. But he also suggested he was tired of a political climate fueled by Trump controversies.

The nonpartisan Cook Political Report puts the seat it in its “likely Democrat” category. However, 10 Democrats are competing Tuesday for that seat.

The other three House Republicans not seeking re-election are Reps. Bill Schuster; Lou Barletta, who’s running for Senate; and Charlie Dent, a moderate in an eastern-Pennsylvania district that Trump won but that Democrats also are hoping to flip.

Democratic nominee Hillary Clinton, as expected, won in populous urban centers like Philadelphia and Pittsburgh. But Trump won the state by posting big numbers in traditionally conservative, rural areas and limiting Clinton’s success in the suburbs.

Still, GOP House incumbents, particularly those in districts Trump won, are sticking with the president’s agenda of cutting taxes and growing the economy.

“With the Trump administration, we’ve seen everything take off in every major way,” GOP Rep. Mike Kelly, who’s seeking reelection in his northwestern Pennsylvania district, said Tuesday on “Fox & Friends.” “When you come to this area, you can see it.”

Democrats were emboldened about their chances in Pennsylvania earlier this year when candidate Conor Lamb, running on a populist message, won an open, GOP-held House seat in a district that included suburban Pittsburgh and that Trump won by nearly 20 percentage points.

However, whether Democratic midterm candidates can replicate that winning strategy remains unclear, especially with tough primaries that could force them to the left.

In the Democrats’ bid to take GOP freshman Rep. Brian Fitzpatrick’s suburban Philadelphia seat, for example, primary voters must pick between millionaire Scott Wallace, who could self-fund his way to victory, and Rachel Reddick -- among a 2018 wave of female and ex-military candidates.

However, Wallace, who moved home to Pennsylvania from Maryland after reportedly being recruited to run, is being tagged a carpetbagger. And Reddick is taking heat for being a registered Republican until 2016.

She has also addressed the issue of the party change. “When I saw Democrats needed a candidate in Bucks County, I knew I had to step up,” she says in a recent online campaign ad. “I won’t be afraid to stand up to Donald Trump.” 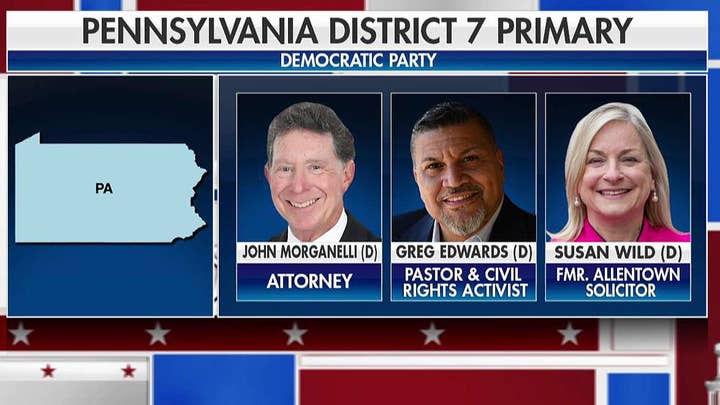 The Cook report has the November race in its “toss-up” categories.

Meanwhile, Republican state Rep. Rick Saccone, who lost to Conor Lamb earlier this year, is fighting for a comeback in the redrawn 14th district. The district now favors Republicans, and analysts believe Saccone has a strong chance at winning.

Six Democrats also are competing Tuesday to win in Dent’s Allentown-area district, redrawn to exclude some of the more Republican-leaning areas in the central part of the state.

Among the candidates are attorney Susan Wild, who’s endorsed by Emily’s List; minister Greg Edwards, backed by Democratic socialist Sen. Bernie Sanders, I-Vt.; and John Morganelli, a district attorney who appears to be among the front-runners.

The race, like several in Orange County, Calif., has seen allegations that Washington Democrats had asked low-tier candidates to drop out.