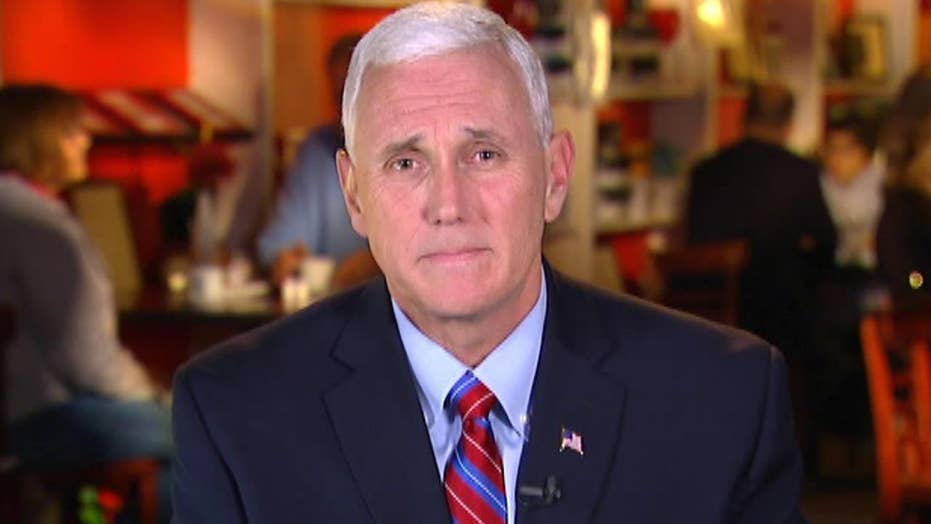 "If we did any good last night, it was that we got to communicate that vision and the choice the American people face," Pence told Fox News' Sean Hannity on "Hannity."

Wednesday night, Pence criticized Kaine for reciting what the Republican called a "litany of insults" against Trump and his supporters.

"Then [Kaine] said, 'and here’s the insult driven campaign'. That must have been focus-grouped somewhere," Pence told "Hannity." "Hillary Clinton said half of Donald Trump’s supporters were a 'basket of deplorables.'"

For his part, Kaine told an organizing event in Philadelphia Wednesday night that he "got dinged a bit, even by my wife, about interrupting."

"The debate was a little feisty, I have to admit it," Kaine said. "I am Irish."

"The tax returns that came out in the last week showed that 20 years ago, Donald trump hit some hard times," Pence said. "He had enormous losses in his businesses yet he found a way, using the laws of this country, to brilliantly steer his way back from those operating losses to create a business that is worth billions."