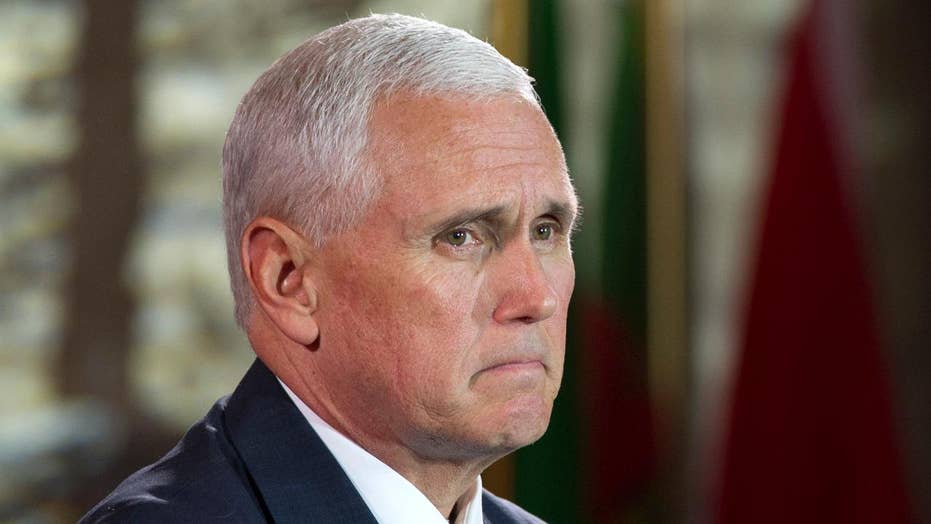 A day after the so-called ‘Comey memo’ ricocheted through Washington and effectively resulted in the naming of a special counsel to probe what President Trump once called “this Russia thing,” Vice President Pence filed paperwork to launch his own political action committee.

The move is sure to stoke speculation about the VP’s future plans – though it also could simply be an effort to boost Republican allies on Capitol Hill.

Paperwork for the Great America Committee was filed Wednesday with the Federal Election Commission. As a leadership PAC, the group would be able to raise money that could then be channeled to fellow Republicans’ congressional campaigns.

The senior Pence adviser behind the PAC, in an interview with Bloomberg, cast the group as part of Pence’s effort to boost the president’s legislative agenda.

“The Vice President is playing a leading role in passing legislation on the Hill,” Nick Ayers reportedly said. “He wants to support House and Senate members who are helping pass the president’s agenda.”

The PAC does not mean the vice president is planning any separate run of his own. But at the least, it would allow Pence to demonstrate his fundraising clout and strengthen alliances on Capitol Hill as he distributes that money.

The filing comes as Republicans and Democrats are chattering about the possibility – however far-fetched, remote and deep into the future – that Pence could someday ascend to the presidency. Politico published an article late Wednesday on conservatives hinting that Pence could make a better alternative to Trump.

Such speculation intensified over the course of the last week, and especially after The New York Times on Tuesday reported that a memo from fired FBI Director James Comey alleged Trump once asked him to end the probe into former national security adviser Michael Flynn.

The White House denies this. And after a special counsel was named Wednesday to oversee the probe of Russian meddling in the 2016 presidential campaign, Trump maintained the investigation will show there was no collusion with his team.

On Thursday, he called the controversy a “witch hunt.”

“If what the [New York Times] reported is true, Pence is probably rehearsing,” one unnamed House Republican told Politico.

The special counsel announcement mostly satisfied congressional Democrats who had called for such an appointment. But a handful have floated the threat of impeachment, even amid warnings from their own ranks that they might not like Pence any more than Trump as commander-in-chief. Impeachment also has virtually no support among Republicans in Congress, foreclosing it as an option for the foreseeable future.

Asked Thursday about the possibility of a President Pence, House Speaker Paul Ryan shrugged off the question.

Pence managed to stay away from the Comey controversy for at least a day, as he spent Thursday addressing a U.S. Chamber of Commerce investment summit, while standing by Trump. Pence told the audience there’s no better time to invest in America and assured the business community that no matter what is happening in Washington, Trump will never stop fighting for good jobs and opportunities.