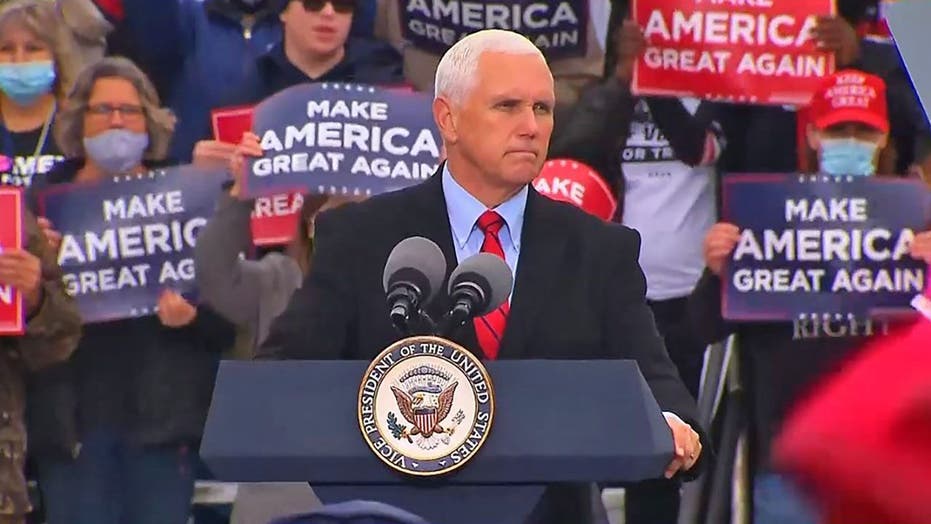 Pence also responded to Democratic nominee Joe Biden's criticism of the administration, reminding host Mark Levin that the former vice president criticized Trump's decision at the end of January to restrict air travel to the U.S. from China.

"That decision alone saved countless American lives because it bought us invaluable time to stand up the greatest national mobilization since World War II," the vice president said. "It’s important the American people understand that Joe Biden criticized the president’s decision in January. He said it was xenophobic. He said it was hysterical. In fact, he wrote a week earlier that closing down travel from China or any other country would actually make things worse.

"But the truth is it bought us time, Mark, to reinvent testing," Pence added. "We’ve now done 120 million tests around the country ...  We saw the development and the production and the distribution of literally billions of supplies. No American who ever required a ventilator was ever denied a ventilator. No American who required an ICU bed was ever denied an ICU bed."

Pence then turned to the Obama administration's handling of the H1N1 Swine Flu epidemic in 2009, recalling that then-Biden chief of staff Ronald Klain has admitted the Trump administration's predecessors "got everything wrong."

"In a very real sense, they had an utterly failed response," the vice president said. "I mean, by the fall of 2009, when Joe Biden was vice president the swine flu had infected 60 million Americans, and if it had had the same fatality rate as the coronavirus does, we would have lost more than two million American lives."

By contrast, Pence said, Trump had taken "decisive action to put the health of America first. And all along the way he listened to the scientists ... I’m absolutely convinced that because of the president’s leadership, because of our partnership with state health officials, because of doctors and nurses, and because of the cooperation of the American people, that we literally saved hundreds of thousands of American lives."

The vice president also told Levin that he and Trump "are confident that with the extraordinary research scientists and companies that we have in this country under Operation Warp Speed, that we’re going to have the first coronavirus vaccine before the end of this year, and we’re already going to have tens of millions of doses to be able to distribute."

At Thursday's second and final presidential debate, Trump told Biden that he has a military general with an expertise in logistics at the ready to handle such distribution.