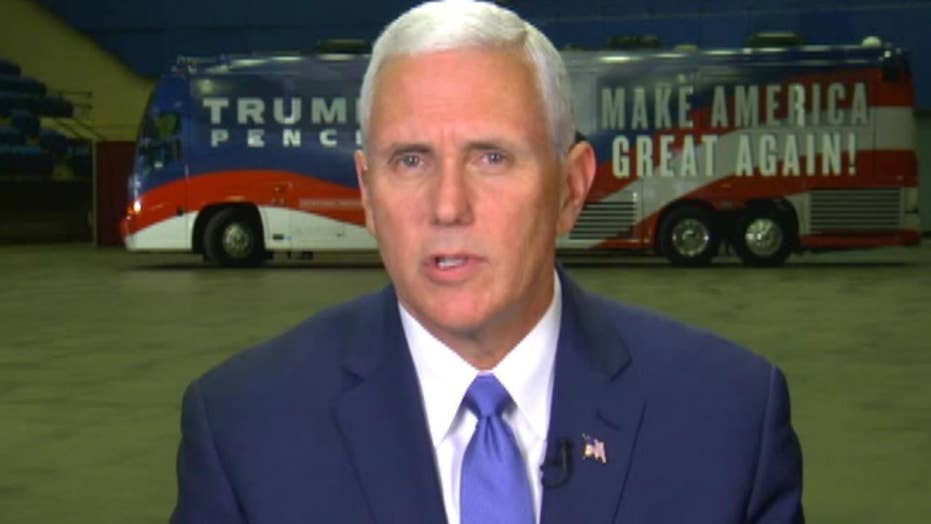 Mike Pence on Syria and the state of the campaign

Pence told Fox News' Bill O'Reilly on "The O'Reilly Factor" Wednesday that debate moderator Martha Raddatz had "mischaracterized" his position on the U.S. response to ongoing attacks on the city of Aleppo by Syrian government forces backed by the Russian government.

During the debate, Raddatz told Trump that Pence had said "if Russia continues to be involved in airstrikes [in Aleppo] ... United States of America should be prepared to use military force to strike the military targets of the Assad regime."

Trump responded, "[Pence] and I haven’t spoken and I disagree. I disagree."

On Wednesday, however, Pence told O'Reilly that his initial statement referred to international humanitarian "safe zones" where civilians could go to escape the fightning.

"I did say [during last week's vice presidential debate] that to secure those safe zones, we should be prepared to use military force if necessary to allow the people to evacuate Aleppo and get to those safe areas," Pence said. "Now, the way [Raddatz] presented it, it was as though she conflated that with broader military action against the Assad regime and that’s not been Donald Trump’s position."

"I think there’s already a framework for the international community to come together around safe zones," Pence added, "but what Donald Trump says is we need to provide the humanitarian assistance, establish safe zones and then go after ISIS and focus on destroying ISIS at their source."