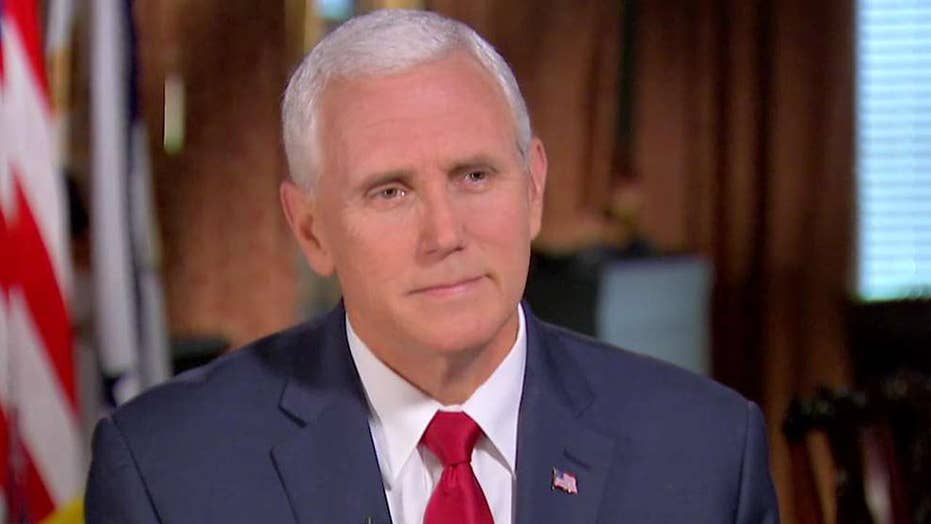 Ainsley Earhardt of 'Fox & Friends' speaks with the vice president

Vice President Pence said he was “very confident” the Supreme Court would uphold the Trump administration’s authority to issue its controversial travel ban during a wide-ranging discussion Friday on “Fox & Friends.”

Pence expressed optimism that when the Supreme Court rules on the executive order temporarily halting travel from several majority-Muslim countries, a majority of judges would recognize the president’s “right” in restricting immigration for security-based reasons. A ruling on the matter could come as early as Friday.

“The ability to come in to the United States of America is a privilege, not a right,” Pence said.

He cited the recent terror attacks in Kabul – outside an ice cream parlor – and in Manchester – near a concert hall – as part of the reason the travel ban and “extreme vetting” were so essential to U.S. interests.

“In both cases what we see if a grim reminder of the ruthlessness of those who threaten our country and threaten our allies,” Pence said.

Pence also applauded Trump’s Thursday decision to leave the Paris Climate Agreement, a long-anticipated exit that was cheered on the right and jeered on the left – both at home and abroad.

“What the world witnessed yesterday was an American president putting America first,” said Pence, who called the climate accord an “extraordinary burden on the American economy” that nevertheless allowed competing powers to go largely unchecked.

Pence, countering those who said America was giving up a position of authority in international issues by pulling out of the agreement, said the U.S. intended “to lead in the world, not follow in the world.” But he also framed the climate deal announcement as another example of Trump not straying from the promises he made while campaigning for the White House.

Pence called it “humbling” to be part of the Trump team, ticking off what he saw as the administration’s numerous early successes: stepping up the war on ISIS, establishing border integrity, tending to a surging economy and appointing a conservative justice to the Supreme Court.

“What’s startling to some of the elites in this country and around the world about President Donald Trump,” Pence said, “is he’s doing exactly what he said he would do.”