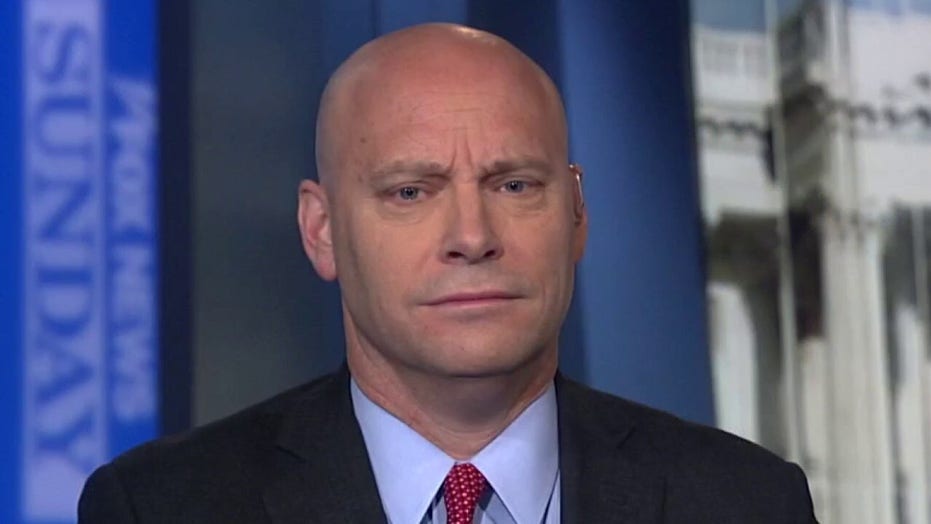 Marc Short on reports of Russian interference in 2020 election, clemency from President Trump

Marc Short, chief of staff for Vice President Pence, offered a sharp denial of a recent report that U.S. intelligence said Russia is trying to interfere in the 2020 election to help President Trump.

In an interview with "Fox News Sunday," Short said that news of Russian interference or preferences is the result of "selective" leaking from the House Intelligence Committee led by Rep. Adam Schiff, D-Calif.

“I think that there’s not intelligence that said that the Russians are trying to help Donald Trump win [the] election," Short said. "We know that foreign governments have been trying to interfere in elections to try and sow chaos. They’ve been doing that for many years and it’s not just limited to Russia.”

Short claimed that history leads him to believe that Russia would have no reason to prefer Trump over Sanders.

“When this admin has sanctioned Russia more than any admin since Ronald Reagan, and it seems that the Democrats can nominate someone like Bernie Sanders, who honeymooned in the Soviet Union and still seems to prefer Marxism over capitalism, it’s hard to see why they’d be choosing Donald Trump over Bernie Sanders," he said.

Trump said that this news was the result of a Democratic "misinformation campaign." Short was specific in assigning blame for revealing information from what was supposed to be a classified briefing.

"Once again, Adam Schiff’s committee is selectively leaking out information and often distorting information; that’s our belief," he said, referring to the House Intelligence Committee chairman who led the impeachment inquiry against the president.

A day after the Feb. 13 briefing to the House committee, Trump berated the then-director of national intelligence, Joseph Maguire, and he announced this week that Maguire would be replaced by Richard Grenell.

Short denied that Maguire's removal from the position had anything to do with the recent news, noting that Maguire was already scheduled to step down by March 12.

While addressing reporters outside the White House Sunday morning, Trump echoed this.

"His time came up," the president said.