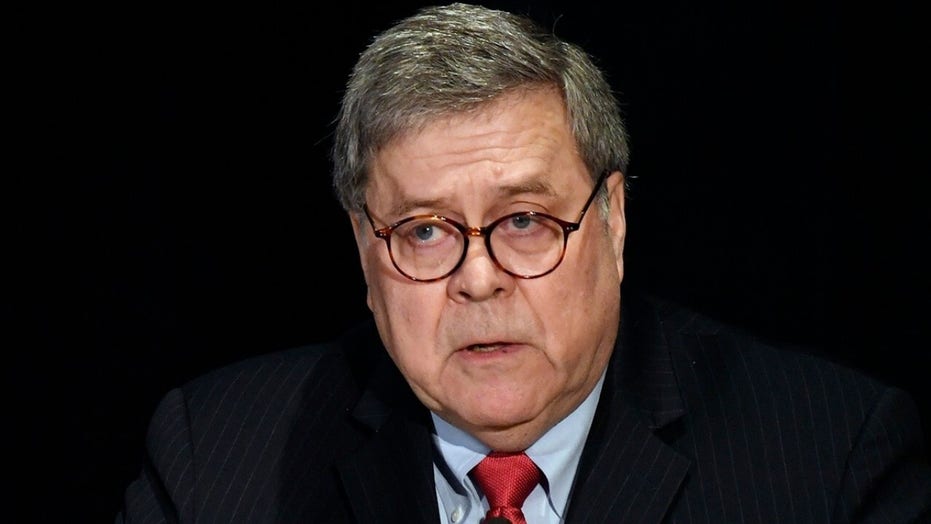 Speaker Nancy Pelosi on Thursday accused President Trump of abuse of power and his top law enforcement official of lying to Congress – but stopped short of calling for another round of impeachment.

“That doesn’t mean that we’re going to spend all of our time going after every lie that the administration’s henchmen make to the Congress of the United States," Pelosi said at her weekly press conference when asked if she backs another impeachment.

Pelosi accused Trump of interfering with the justice system by seeking a lighter sentence for his longtime adviser Roger Stone and blasted Attorney General Bill Barr for overriding the career prosecutors on Stone's case.

“This is an abuse of power that the president is again trying to manipulate federal law enforcement to serve his political interest," Pelosi said.

"All this must be investigated," she said.

Trump publicly complained after prosecutors initially recommended up to nine years for Stone's conviction on seven counts of obstruction, witness tampering and making false statements to Congress. DOJ officials, some of whom viewed the proposal as overly harsh, scaled back the recommendation earlier this week – though Trump denied interfering.

Pelosi said Barr has already lied to Congress before, though she didn't elaborate, and signaled he's in for a tough grilling on March 31 when he will testify before the House Judiciary Committee.

But fresh off a long impeachment saga that left the country drained and Trump acquitted and emboldened, Pelosi declined to say she favored another impeachment investigation when asked.

She said the House honored its oath to protect and defend the Constitution and she's proud of their courage on impeachment, but signaled she doesn't want to get bogged down in another inquiry.

"The president is what he is," Pelosi said. "He thinks he's above the law. He has no respect for the rule (of law). But where are the Republicans to speak out on this blatant violation of the rule of law?"

Some Democrats have called for Barr's resignation or impeachment, while others haven't ruled out impeachment 2.0 for Trump. But Pelosi, who initially opposed impeachment but eventually went along with the process last year after the Ukraine revelations, expressed confidence about winning at the ballot box in November.

Brushing off reports of establishment Democrats getting panicked about the rise of democratic socialist Bernie Sanders and the slide of former Vice President Joe Biden in the 2020 race, Pelosi said she trusts how the American people will winnow the Democratic primary field.

"Is there some establishment that I don't know about around here?" Pelosi said.