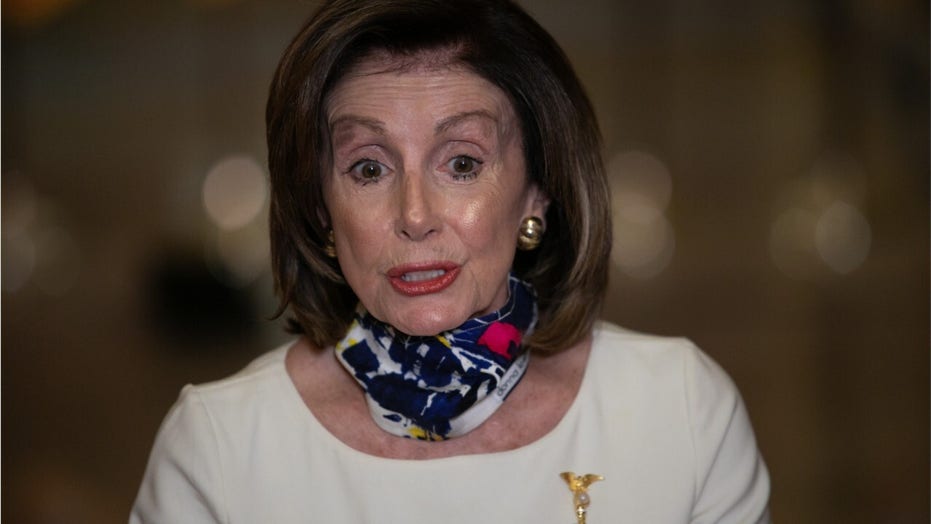 During an interview on Wednesday, House Speaker Nancy Pelosi said the White House and the Democrats are ‘miles apart’ over the coronavirus economic relief package for Americans.

House Speaker Nancy Pelosi said Thursday that coronavirus relief talks would be back on the table only when Republicans agreed to a $2 trillion relief package.

When asked in her weekly news conference when she would begin again on relief negotiations, Pelosi replied: “I don’t know, when they come with $2 trillion. When they're ready to do that, we'll sit down.”

When asked why the GOP would not “meet in the middle,” Pelosi said, “Perhaps you mistook them for someone who gave a damn.”

Negotiators for weeks have been trying to close the divide between the Senate Republicans' $1 trillion HEALS Act and the House's $3.4 trillion HEROES Act.

The White House rejected Pelosi’s offer to decrease her package by $1 trillion if Republicans would come up $1 trillion. Treasury Secretary Steve Mnuchin called a $2 trillion price tag “a non-starter.”

White House Chief of Staff Mark Meadows argued that Pelosi’s offer does not trim fat from the relief package but instead shortens the timeline.

“I don’t know that that’s a reduction, as much as she is just changing the time frames. I don’t think she’s come off with her number, other than just made a shorter time,” Meadows said.

“The House doesn’t have the votes to go south of $2 trillion, the Senate Democrats can’t go south of $2 trillion, so that’s what compromise is all about,” Sen. Minority Leader Chuck Schumer said. “Because there are 20 Republicans who don’t want to vote anything that doesn’t mean the whole thing should shift in their direction. You have to meet in the middle.”

Sources told CNN that Democrats’ demands for $1 trillion for state and local governments had become a major sticking point in negotiations. The Senate bill includes no new state and local public funding.

Democrats warned that without more federal funding, state and local governments -- which combined employ about 23.2 million essential workers -- will be forced to lay off employees and cut essential services.

President Trump took matters into his own hands last Friday, announcing an executive order including various elements of relief under negotiation. His order called for $400 in extended unemployment relief through Dec. 6 or whenever  FEMA's Disaster Relief Fund, used to pay for the extension, dips below $25 billion. In addition, his order directs the federal government to identify funds for those who can't pay their mortgages, defers payroll taxes and extends student loan relief.

However, state governors have pointed out that the unemployment benefits measure relies on already cash-strapped states to supply 25% of the funds and that it would cost them billions of dollars. Critics also questioned whether the executive orders are even legal, given that Congress has the power of the purse.