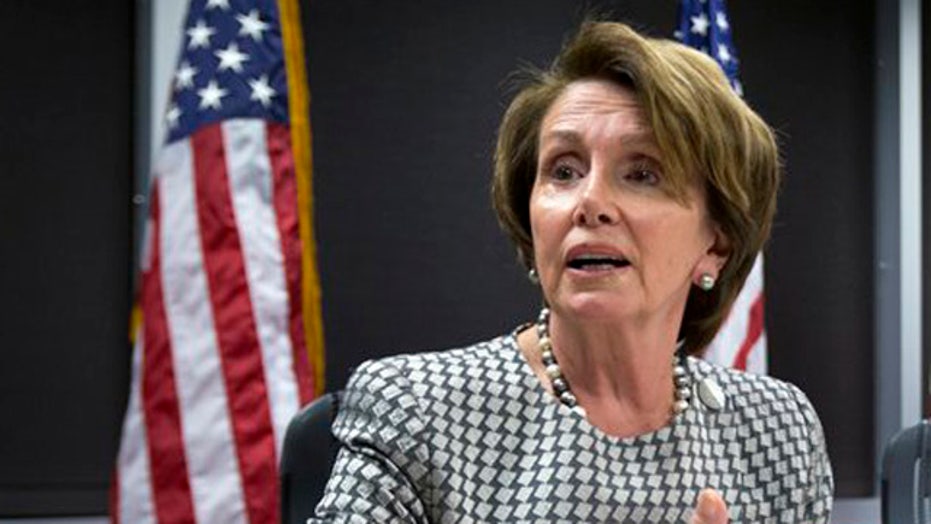 Pelosi's strategy on Gruber might 'backfire' in days ahead

Nancy Pelosi claimed Thursday she didn’t know who ObamaCare architect Jonathan Gruber is, after several tapes surfaced showing him gloating about how the law was written to take advantage of the stupidity of the American voter.

Problem is, Gruber’s analysis of the law was cited extensively by her office back in 2009.

Pelosi, the House Democratic leader, tried to downplay Gruber’s role during a press conference on Thursday.

She claimed she doesn’t know who he is, and that he didn’t help write the law. “Let’s put him aside,” she said.

However, Gruber was involved in the process – as his newly surfaced remarks make clear – and his analysis indeed was cited by Pelosi’s office when she was House speaker in late 2009.

At the time, her office put out a “health insurance reform mythbuster” press release pointing to the work of “noted MIT health care economist Jonathan Gruber” in examining the House bill’s impact on premiums. They noted that Gruber found it “would result in lower premiums than under current law for the millions of Americans using the newly-established Health Insurance Exchange.”

Pelosi also mentioned Gruber during a press conference at the time.

And her spokesman claimed Gruber was not technically a bill author. "We've cited the work of dozens upon dozens of economists over the years. As the Leader said today, Mr. Gruber played no role in drafting our bill," Pelosi spokesman Drew Hammill said.

Democrats have been putting some distance between themselves and Gruber after a series of recordings – mostly from 2012 and 2013 – have surfaced showing him bad-mouthing American voters.

The latest shows him speaking at the University of Rhode Island in 2012 about the law’s so-called "Cadillac tax.” The “Cadillac tax” mandates that insurance companies be taxed rather than policy holders. He said that taxing individuals would have been “politically impossible,” but taxing the companies worked because Americans didn't understand the difference.

“So basically it's the same thing,” he said. “We just tax the insurance companies, they pass on higher prices that offsets the tax break we get, it ends up being the same thing. It's a very clever, you know, basic exploitation of the lack of economic understanding of the American voter.”

The new video follows another showing him speaking on a similar topic at an October 2013 event at Washington University in St. Louis. Referring to the "Cadillac tax,” he said: "They proposed it and that passed, because the American people are too stupid to understand the difference." He also has said a lack of transparency helped the law pass.

Earnest claimed the bill was written in a transparent way and that it's Republicans who aren't transparent about how they would replace it.