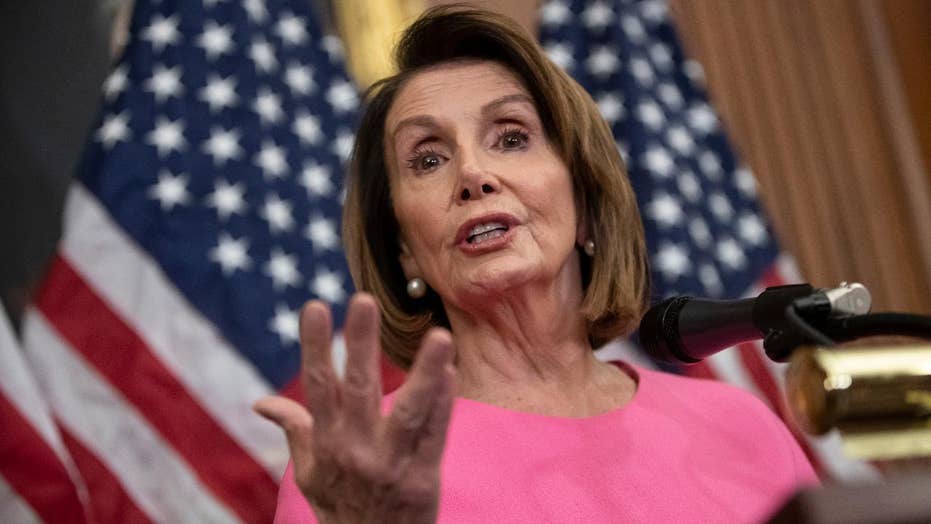 Pelosi gaining momentum in push to become next House speaker

President Trump’s decision late Friday to ban transgender Americans from serving in the U.S. military was blasted by House Minority Leader Nancy Pelosi, who called the move “cowardly” and “disgusting.”

The Trump administration issued a memorandum that bars people with a history of “gender dysphoria,” which would require medical treatment, from being admitted to the U.S. military “except under certain limited circumstances.”

“The President’s ban is a cruel and arbitrary decision designed to humiliate transgender Americans who have stepped forward to serve our country," she said in a statement.

“This bigoted ban weakens our military readiness and our country, and shows this president’s stunning lack of loyalty to those who risk all to defend our freedoms.

“We will continue to fight this discriminatory action, which has no place in our country.  House Democrats will never allow hate and prejudice to dictate our national security.”

The current policy was based on recommendations made by Defense Secretary James Mattis, who said the Pentagon found that exempting transgender people from military standards could undermine its readiness for combat.

“Exempting such persons from well-established mental health, physical health, and sex-based standards, which apply to all Service members, including transgender Service members without gender dysphoria, could undermine readiness, disrupt unit cohesion, and impose an unreasonable burden on the military that is not conducive to military effectiveness and lethality,” read the recommendation that was included in a court filing.

The Trump administration asked the Supreme Court to issue an unusually quick ruling on the Pentagon's policy of restricting military service by transgender people in a bid to bypass lower courts that previously ruled against the administration and its policy barring transgender recruits.

The Pentagon initially lifted its ban on transgender troops serving openly in the military in 2016 under the orders of the Obama administration.

Trump reversed the policy, prompting outrage and lawsuits, which were ruled against the Trump administration.