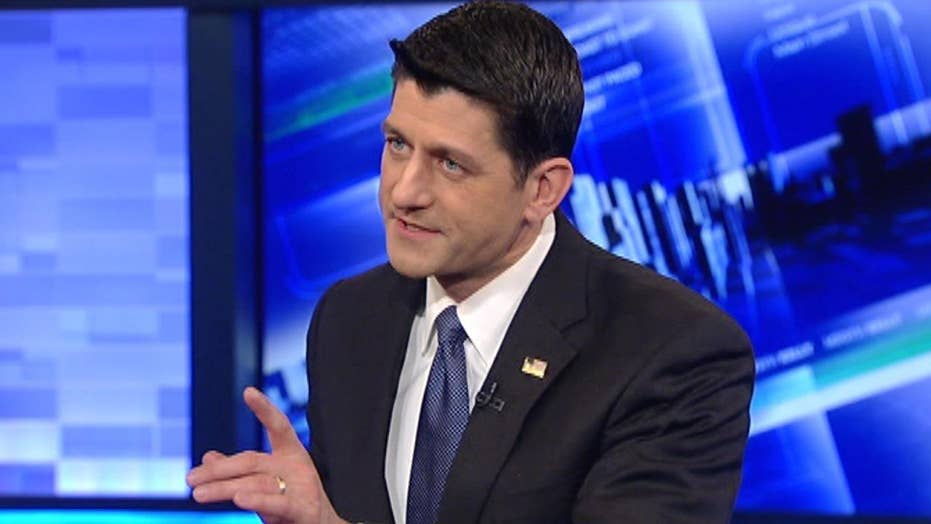 Paul Ryan responds to critics who blame him for Trump rise

On 'The Kelly File,' House speaker reacts to growing questions about the fate of the Republican Party

House Speaker Paul Ryan, in a sweeping speech about the state of modern politics, called Wednesday for more civility and respect amid a presidential campaign marked by name-calling and personal attacks.

“It did not used to be this bad, and it does not have to be this way,” Ryan told a group of congressional interns on Capitol Hill, adding that it is “easy to get disheartened.”

But he said, "We shouldn't accept ugliness as the norm." Ryan also said lawmakers can start making positive changes by how they “conduct ourselves personally -- set an example and lead by example.”

The speech marked Ryan's latest commentary on the tone of the current campaign battle. In the weeks leading up to Wednesday’s remarks, Ryan has denounced some of Republican front-runner Donald Trump’s actions. He’s spoken out about Trump’s proposal to ban Muslims from entering the United States as well as his response after ex-Ku Klux Klan leader David Duke backed his candidacy.

“Looking around at what’s taking place in politics today, it is easy to get disheartened,” he added Wednesday. “How many of you find yourself just shaking your head at what you see from both sides? Now, a little skepticism is healthy.”

The speaker has remained officially neutral in his party's presidential contest so far, even as other GOP leaders have openly searched for ways to prevent Trump from clinching the nomination before the party's July convention in Cleveland.

He has tried to avoid commenting on Trump's candidacy, while saying repeatedly that he intends to support the eventual GOP nominee.

Ryan, his party's 2012 vice presidential nominee, has said he is not interested in running for president should the current candidates falter. He said the same thing last fall about becoming speaker but was eventually drafted into the job after John Boehner, R-Ohio, was pushed out by conservative hard-liners.

Ryan delivered his remarks Wednesday in the lofty hearing room of the Ways and Means Committee, which he previously chaired. The speech came on the final day of congressional work ahead of a two-week spring recess.