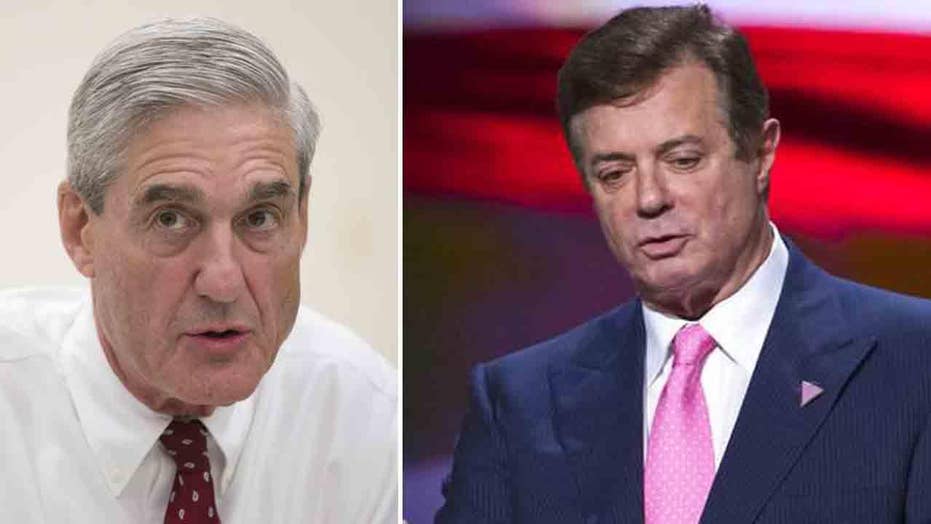 Just one day after pleading not guilty to a 12-count indictment, Paul Manafort was described as a major flight risk by prosecutors because of his wealth and international connections.

According to court documents unsealed Tuesday, prosecutors say they believe Manafort -- a former chairman of Donald Trump's 2016 presidential campaign -- and his business associate Richard Gates were at risk of fleeing.

“The defendants pose a risk of flight based on the serious nature of the charges, their history of deceptive and misleading conduct, the potentially significant sentences the defendants face, the strong evidence of guilt, their significant financial resources, and their foreign connections,” the court documents read.

Manafort is known to have a significant amount of wealth. Between 2012 and 2016, he listed his assets to be between $19 million and $136 million, the New York Daily News reported.

“His financial holdings are substantial, if difficult to quantify precisely,” Tuesday’s documents revealed.

The 68-year-old was also being considered a flight risk because of his foreign connections. The Washington Post reported that Manafort keeps three U.S. passports and has submitted 10 passport applications in recent years.

Prosecutors note in the documents that Manafort also has wealthy ties to Moscow and to Kiev, Ukraine, through his previous business dealings. His travel schedule in the last year reveals the many connections Manafort has overseas, increasing the possibility of flight, prosecutors said.

The court documents even brought up Manafort’s age, stating he might be more inclined to flee with a guilty verdict carrying a sentence of around 12 to 15 years.

Manafort pleaded not guilty Monday after being indicted on 12 counts by a federal grand jury as part of Special Counsel Robert Mueller's investigation into possible Russian meddling and potential collusion with Trump campaign officials in the 2016 presidential election.

Manafort’s bail was set at $10 million. He will return to court Thursday to hear the terms of his bail.