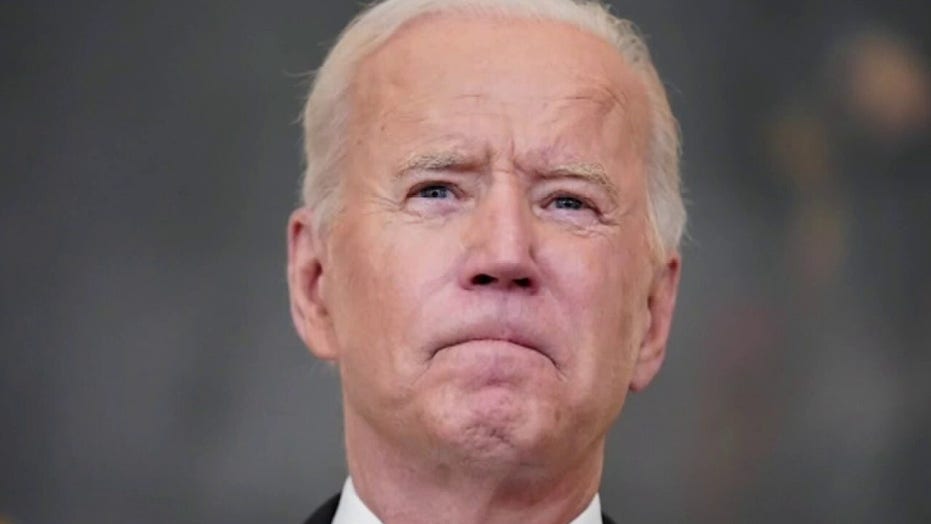 Fox News correspondent David Spunt has the latest on the Oregon man who claims he used phrase in jest during Christmas Eve call on ‘Special Report’.

Fury over the Oregon father who concluded his family's call with President Biden by saying "Let's go, Brandon" is being mocked online, with critics pointing out there was little outrage when profane insults were aimed at former President Trump.

Shapiro was referring to a viral Christmas Eve moment that saw Jared Schmeck, a 35-year-old father of four from Oregon, conclude his call with Biden by saying "Let's go, Brandon," a phrase that has become a stand-in for the more vulgar "F*** Joe Biden" chants that at one point were spreading across the country.

The moment caused immediate backlash for Schmeck, who said he has received threats since video of his conversation went viral. The incident was also not well-received by much of the media, with NBC News referring to the exchange as a "right-wing slur" while ABC News called it a "vulgar insult."

The Atlantic senior editor Ron Brownstein took things a step further during a Friday appearance on CNN, saying that the exchange was "about insurrection."

"Look, it's ungracious. It's juvenile. It's reprehensible by the father, but I don't think it's fundamentally about incivility. It's about insurrection," Brownstein said. "I don't know the individual, but the whole Let's Go Brandon kind of motif is a reflection of the view of two-thirds of the Republican base, driven by Trump's claims, false claims, and the Big Lie, that Biden is an illegitimate president."

But critics such as Shapiro pointed out there was much less outrage in cases where vulgar insults were directed at Trump, including when Virginia woman Juli Briskman was photographed flipping the then-president a middle finger as his motorcade passed her riding a bicycle in 2017.

Briskman was soon fired from her job with a government contractor after the photo went viral, prompting many to come to her defense.

"It should be illegal to fire the cyclist who gave Trump the finger," declared a headline in the Washington Post shortly after Briskman's firing.

Briskman used her newfound notoriety and sympathetic media coverage to launch a bid for and win a race to represent her area on the Loudoun County, Virginia Board of Supervisors in 2019, prompting even more kind news coverage.

Conservative Commentator Stephen L. Miller also alluded to the differences in reaction between Schmeck's comment to Biden and Briskman's middle finger, reposting an image of the viral photo as debate of the Schmeck incident raged on Twitter.

"Trump was very easy to make fun of, and people should have made fun of him. It's a wonderful thing that we have a country where we can get away with it," Miller said in a subsequent tweet.

As the controversy rages, Schmeck said that he considered his use of the line a "joke" but has now been "attacked" for the exchange.

"And now I am being attacked for utilizing my freedom of speech," Schmeck told The Oregonian newspaper Saturday.

"He seems like he’s a cordial guy," Schmeck continued, referring to the president. "There’s no animosity or anything like that. It was merely just an innocent jest to also express my God-given right to express my frustrations in a joking manner. … I love him just like I love any brother or sister."