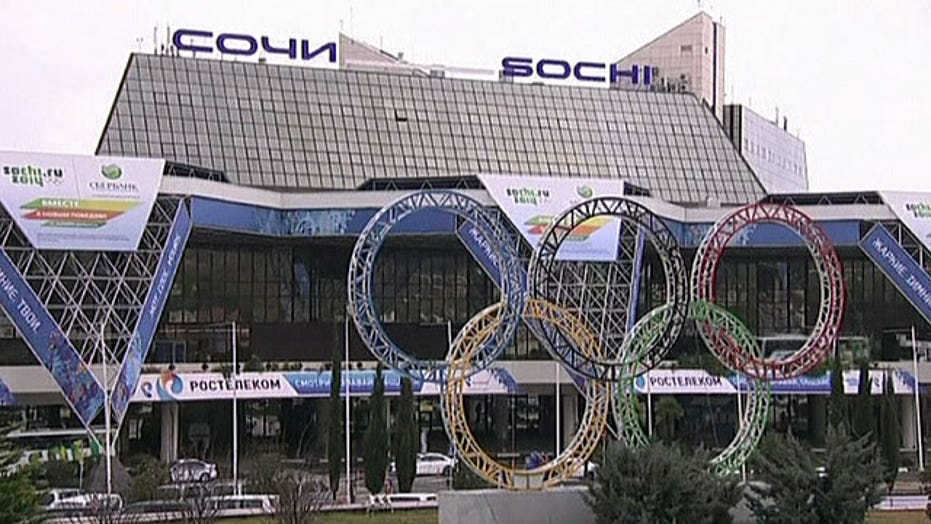 Bias Bash: Sochi makes a mess of the Olympics

There is no better way to guarantee bad press for your monumentally expensive Olympics effort than what Vladimir Putin has done.

Forget about such issues as lax security and terror threats. What Russia’s supreme leader has done is screw over the journalists.

The accommodations for the hordes of visiting reporters are laughably bad — that is, when they exist at all. And so the frustrated scribes are venting about how the Sochi Olympics are a horribly botched amateur hour — with the evidence all around them.

Really, Putin, if you’re going to blow $51 billion to make your country an international showcase for the games, at least make sure the journalists are comfortable. Three of the nine hotels set aside for the media weren’t even ready as the invasion began.

It’s a lesson well learned by every presidential campaign: if journalists aren’t well fed and well housed, if you lose their luggage or don’t give them places to file, they get cranky — and that affects the coverage.

Now some of these early reports from Russia might sound whiny. But when you keep reading — and considering that news organizations are spending huge sums to cover the games — it sounds like the Olympics from hell.

The Washington Post has done a terrific job of covering and collating the hardship conditions. Here’s reporter Kathy Lally on her room:

“The little sink sits atop an exposed white plastic pipe, stuck to the wall and surrounded by an unruly gob of caulk. Might as well forget about a shower curtain. The way the bathroom is set up there’s no place to affix a rod.

“The single room has two lamps  —  which don’t have light bulbs, but that’s okay because they aren’t near any unused outlets. An overhead chandelier has five shades, three of them with bulbs. There’s no phone. The television doesn’t work. A brainstorm interrupts an unsuccessful effort to plod through the manual  —  in Russian. There’s no battery in the remote!”

The Associated Press has this report: “Joerg Reuter, a German who is working at his fifth Olympics for the European Pressphoto Agency, was one of the unlucky guests when he arrived on Jan. 19. After seeing several unacceptable rooms, including the one with the [stray] dog, he was forced to travel back down to the coast to find a place to sleep.

“Others have also been turned away this week, including at some of the hotels that organizers said Saturday are ‘complete.’ After his troubles, Reuter wrote a letter to the organizers to complain. ‘The outdoor area and floors/staircase/elevator inside were still under construction and completely dirty,’ Reuter wrote, adding that the room he was shown ‘had no light in the main room, the water out of the tap was yellow/brown, the air conditioning, TV, kitchenware were all not working ... Beside this the room was totally dirty and everywhere covered with dust.’”

CNN booked 11 rooms, and one was ready. Here are some tweets compiled by the Post:

There are security issues as well. NBC’s Richard Engel says his cell phone and laptop were hacked almost immediately. And consider this stranger-in-the-night post from the Wall Street Journal’s Brian Costa:

"The only sound I heard was a key going into the lock and, at around 4 a.m. Wednesday, the door to my hotel room opening. Half asleep, I looked up and saw the light shining in from the hall. But by the time I sat up to see who was there, the door had been shut again. The one who doesn’t knock scurried away without uttering a word.

"Do housekeepers work graveyard shifts here? Was it a construction worker, assuming something wasn’t quite finished in the room? Who else would both have a key and be using it at 4 a.m.?

In Sochi, those are questions better left unasked. Or at the very least, they will remain unanswered. I tried calling the front desk, but the phone didn’t work."

We’ll see whether this is a harbinger of a troubled Olympics to come.