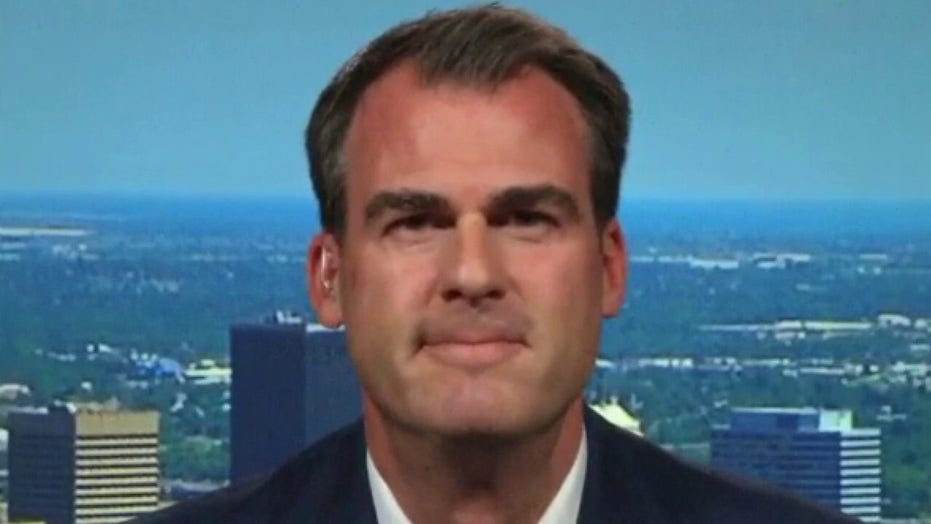 Oklahoma Gov. Kevin Stitt said Monday that the state is considering beginning the next school year a “couple of weeks” early -- on a potentially intermittent schedule -- as the state begins reopening amid the coronavirus pandemic.

Stitt said his administration is working with schools across Oklahoma as they begin to implement a strategy for children returning to school in the fall.

“We’re thinking about starting schools a couple of weeks early,” Stitt said. “We’re concerned about kids being out of school here for six months before fall semester starts … so that’s one of the plans I’ve been working on.”

He added that his administration is also discussing with schools how they can prepare “if there is a resurgence,” noting that they are planning for online curriculum “in case we would have to go to every other week to give schools a break.”

NEW YORK SCHOOLS, COLLEGES CLOSED FOR REST OF THE SCHOOL YEAR AMID COVID-19

Stitt, though, said that he anticipates summer camps and organized sports activities for children in Oklahoma can resume on June 1.

Last month, a number of Oklahoma-based children’s summer programs announced they would be canceled for the summer. It is unclear at this point if those programs will be able to resume activities as planned.

In Iowa, Reynolds, who also closed schools in her state for the year, said she hopes her state will be able to “maybe open up summer activities and summer schools” by June.

But even as states are preparing for online learning, President Trump has said he hopes schools will reopen as normal in the fall.

“I want them to go back,” Trump said during a Fox News virtual town hall on Sunday.