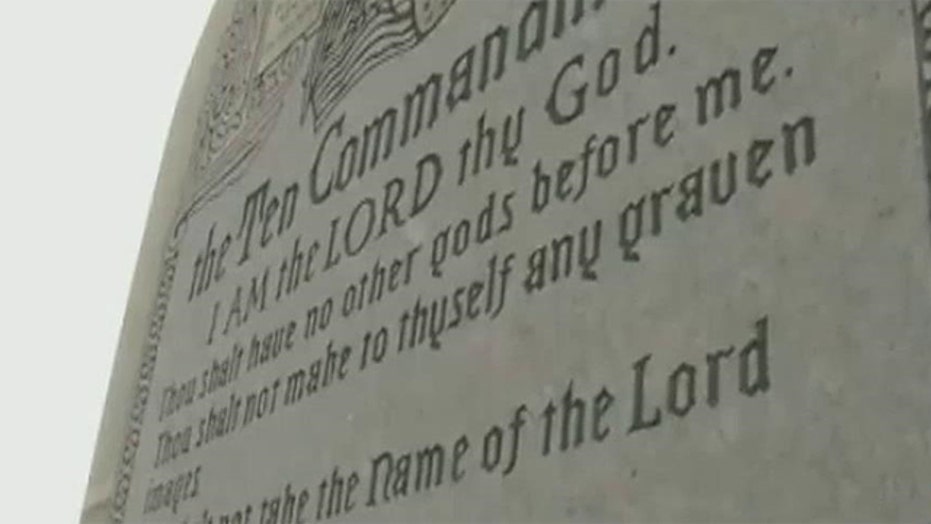 OKLAHOMA CITY – The Oklahoma Supreme Court reaffirmed in a 7-2 decision Monday that a Ten Commandments monument on the state Capitol grounds is unconstitutional and must be removed.

Chief Justice John Reif wrote in a concurring opinion that justices carefully considered Pruitt's arguments on behalf of the Oklahoma Capitol Preservation Commission and found nothing to merit a rehearing. The court had found previously that the monument is a religious symbol and must be removed because it violates the state's constitutional ban on using public property to benefit a religion.

"The Ten Commandments monument in this case does explicitly 'display' and 'articulate' ideas that directly pertain to the Judeo-Christian system of religion," Reif wrote.

There were four separate opinions written by justices in the majority who agreed the monument is unconstitutional, along with a dissenting opinion from Justice Doug Combs, totaling 60 pages.

Combs wrote that if the state's intention was to endorse a religion, the monument likely wouldn't have been placed on the less-trafficked north side of the building.

"It appears from the record that the monument was placed in possibly the most inconvenient and low-trafficked part of the Capitol grounds imaginable," Combs wrote.

Brady Henderson, the legal director for the American Civil Liberties Union of Oklahoma, which represented the plaintiff in the case, said he wasn't surprised by the court's ruling and was pleased the justices discussed existing case law and explained their positions in detail.

"There certainly were people who were either confused or simply wanted to know more, and one good thing to come out of this rehearing motion is the fact that you have these justices making these clear pronouncements," Henderson said.

Henderson said the Supreme Court is expected to send an official order next week to a district judge who will actually order the monument to be removed.

The court's initial decision last month prompted an outcry from some conservative legislators, who vowed to impeach the justices or amend the constitution to remove the provision prohibiting the use of state money or property for religious purposes.

State Rep. Mike Ritze, a Broken Arrow Republican whose family paid about $10,000 to have the 6-foot granite monument constructed, said he is optimistic the Legislature will pass a resolution seeking a vote of the people on whether to amend the constitution so that the monument can stay. In the meantime, he said he's not sure what will become of the monument once it is ordered removed from the Capitol grounds.

"I haven't really planned that far ahead," Ritze said.

Since the original monument was erected in 2012, several other groups have asked to put up their own monuments on the Capitol grounds. Among them is a group that wants to erect a 7-foot-tall statue that depicts Satan as Baphomet, a goat-headed figure with horns, wings and a long beard. A Hindu leader in Nevada, an animal rights group and the satirical Church of the Flying Spaghetti Monster also have made requests.