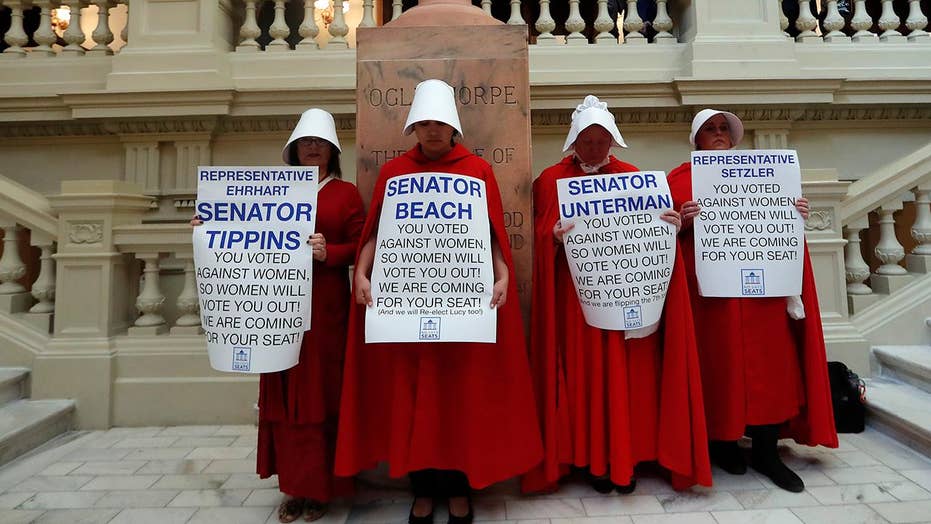 Ohio's so-called "heartbeat" abortion bill was approved by the state legislature on Wednesday and is now headed to Republican Gov. Mike DeWine's desk.

The House approved the measure 56-39, and later, the Senate agreed to House changes, 18-13. DeWine, who took office in January, has said he plans to sign the bill.

DeWine’s predecessor, Republican John Kasich, vetoed the bill twice. He said such a law would create a costly court battle and likely be found unconstitutional.

The bill — which makes no exceptions for rape or incest — is among the most restrictive abortion measures in the country.

In addition to Ohio, Florida, Maryland, Minnesota, Mississipi, Missouri, South Carolina and West Virginia are among the states that have either passed "heartbeat" legislation or are hoping to do so.

This comes as states like New York, New Mexico, Maryland, Rhode Island, Vermont, and Virginia, among other Democratic-leaning states, are supporting bills that allow abortion up to the moment of birth.

The earliest bans on heartbeat abortion, in Iowa and North Carolina, have been blocked by the courts. Three more states — Mississippi, Kentucky and Georgia — have more recently passed bills amid growing national momentum.

Fox News’ Talia Kaplan and Caleb Parke and The Associated Press contributed to this report.