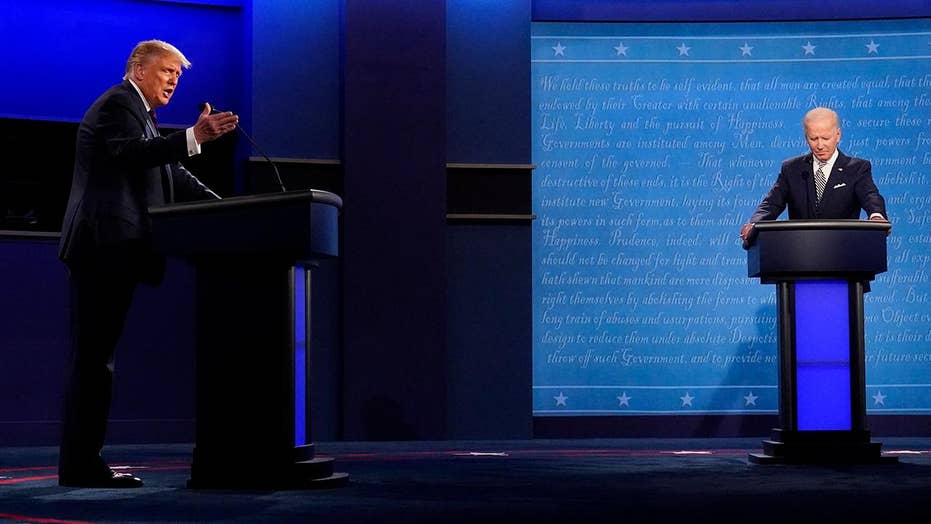 Trump was ‘too aggressive’ during presidential debate: Jason Rantz

“A great job tonight by @realdonaldtrump! Congratulations to tonight’s sponsors @cwru and @ClevelandClinic on hosting on a great debate,” DeWine tweeted from his personal account on Wednesday morning.

A frequent supporter of Trump, DeWine has nonetheless drawn the ire of some of the president’s supporters for his strict lockdown measures in recent months during the coronavirus pandemic. DeWine was booed during Trump’s visit to Ohio earlier this month, prompting the president to say the governor is a “good man” who is “opening up” the state.

Trump and Biden clashed at Case Western Reserve University in Cleveland in what was the first of three presidential debates ahead of Election Day. A Fox News poll showed Biden with a five-point lead over Trump in the key battleground state of Ohio heading into the debate.

The two contenders often exchanged harsh words during the 90-minute debate moderated by “Fox News Sunday” anchor Chris Wallace. The conversation swung from discussions on key issues such as the state of the U.S. economy and Supreme Court to personal attacks.

While Trump has repeatedly declined to say he would accept election results if he were to lose, DeWine said earlier this week Trump would not refuse a peaceful transition of power.

“That is not going to happen,” said DeWine, according to Cleveland.com. “Whoever loses, once the votes are counted and if any recounts or anything are done ... and it’s determined that we have a winner, then the loser goes off stage. That’s the way our system works.”