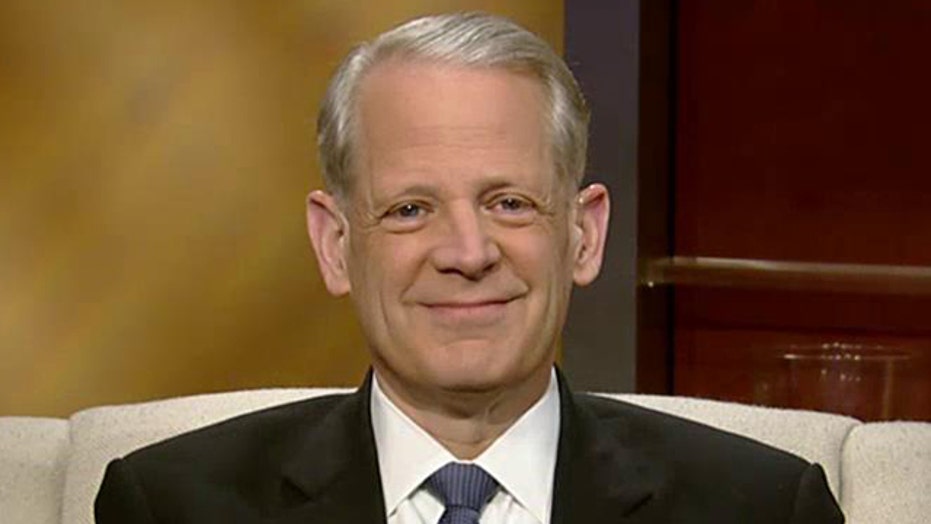 Rep. Steve Israel: Israel is not a partisan football

“Occam’s Razor” isn’t some teenage slasher flick from the “Halloween” or “Scream” genre. It’s a philosophical, mathematical and scientific tenet that asserts that the simplest, most-obvious explanation of events is often the correct one.

Named after Middle Ages philosopher and Franciscan friar William of Ockham (despite the spelling difference), most people who toil on Capitol Hill probably wouldn’t recognize Occam’s Razor if it sliced a gaping wound in their forearm.

But that’s the nature of politics. Often the reasons for various Washington political phenomena are stacked with intrigue, Machiavellian skullduggery and conspiracy.

One can only imagine the torrent of political theories that filtered through the Capitol this week when Rep. Steve Israel -- a New York Democrat,  top lieutenant to House Minority Leader Rep. Nancy Pelosi and potential candidate to succeed her or House Minority Whip Rep. Steny Hoyer down the road -- unexpectedly announced his retirement from Congress.

“It has been an incredibly humbling opportunity to serve my community,” Israel declared in a statement. “I will miss this place and the people I have had the privilege to serve.”

That’s the customary, bathos, boilerplate that accompanies many congressional departures.

But he also spoke of an opportunity to write a “second novel.” His previous book, “The Global War on Morris,” mocked the extremes of government surveillance. In a brief chat, Israel joked about replacing Daniel Murphy (who just signed with the Washington Nationals) at second base for his beloved New York Mets. Still, Israel says he’s fed up with fundraising and “call time.”

This is a peculiar but essential political liturgy in which lawmakers carve out wide swaths of their day to hunch over a telephone and dial for dollars. The ritual is necessary -- especially in a possible swing district like Israel’s in an expensive media market -- just to stay competitive.

There is no practice that lawmakers abhor more than call time. Members of Congress sometimes grouse about the enhanced interrogation methods that the United States uses on detainees at Guantanamo Bay. But call time is so brutal it surely rivals waterboarding as inhumane treatment under the Geneva Convention.

Israel took to the New York Times to pen an Op-Ed about the practice. He wrote that talking to customer service with a cable company is a more enjoyable version of call time than what members of Congress have to deal with.

But Israel’s station in Congress was a little different from most. Surely something more was afoot than call time when he announced he was quitting.

Israel was believed to have an inside track on navigating the House Democratic Caucus leadership ladder -- perhaps after the eventual retirement of Pelosi, California, and/or Hoyer, Maryland.

Fox was told at the time that Democratic Sens. Chuck Schumer, N.Y., and Bob Menendez, N.J., asked President Obama to intervene to clear the field for Gillibrand in the primary.

As a result, Israel settled back into the House. In late 2010, Pelosi tapped him to head the Democratic Congressional Campaign Committee, the national organization charged with getting Democrats elected and reelected to the House.

After Democrats failed to win back the House in 2012, Pelosi told Democrats she would only stay on as leader if Israel would serve another term as DCCC chairman.

Much has been documented over the years about a rivalry between Pelosi and Hoyer -- two native Marylanders vying to lead Democrats in the House. When Pelosi became speaker, she contrived a position for another lawmaker from Maryland, Rep. Chris Van Hollen.

Pelosi made Van Hollen “assistant to the speaker.” Some viewed Pelosi’s move as a rebuke to Hoyer. And over the years, political observers estimated that she might have been engineering a course for Van Hollen to succeed her in the Democratic ranks, potentially leapfrogging Hoyer.

But that talk waned once Van Hollen decided to run for the Senate seat of retiring Sen. Barbara Mikulski, D-Md.

And much like Pelosi designing a special position for Van Hollen, she concocted a unique leadership post for Israel to hone the Democrat’s messaging.

With Van Hollen out of the picture, Pelosi’s maneuver seemingly gave Israel a special place in the Democratic ranks. Here was a roadway for Israel to perhaps succeed Pelosi or at least matriculate in leadership should vacancies eventually occur.

That’s what made Israel’s retirement announcement so vexing.

In a presidential year in New York, an incumbent Democrat like Israel would still have a decent shot to his seat this fall -- even though he underperformed Obama by nine points on the 2012 ballot. The 2018 midterm is another story.

Plus, it’s a real challenge for the Democrats to regain the majority in the House until after the 2020 census.

Israel’s abrupt retirement announcement Tuesday evening just as lawmakers jetted back into Washington for the first time this year launched shockwaves throughout the Capitol.

About the only member of the House Democratic leadership who wasn’t taken aback was Assistant Minority Leader Rep. Jim Clyburn, South Carolina.

It’s not unprecedented for lawmakers to return to Washington after the holidays and time with family and decide to cash it in, though Israel is said to have mulled this decision for months.

Just this week, two other senior lawmakers announced their retirements in addition to Israel: Reps. Jim McDermott, D-Wash., and Lynn Westmoreland, R-Ga. But that post-holiday factor didn’t halt the congressional rumor mill from spinning into a frenzy to explain Israel’s decision.

Surely there was something more.

Some theories which reverberated through the building late Tuesday:

Israel fell out of favor with Pelosi and needs the money from the book contract, suggested one senior aide.

There was no shortage of conjecture.

Not a lot is aboveboard on Capitol Hill. That’s why everyone in Congress goes all Grassy Knoll when an announcement like Israel’s explodes like a bombshell.

Or, in the case of Steve Israel, perhaps one can apply Occam’s Razor.

The simplest, most-obvious explanation is often the most accurate.

Maybe it just about the call time. The desire to write another book. And that’s that. Occam’s Razor doesn’t score a lot of credibility in a conniving joint like Capitol Hill.

Sure there could be a tough re-election in 2018 to say nothing of 2016. And maybe the fact that Pelosi and Hoyer don’t appear to be departing anytime soon amplifies the decision.