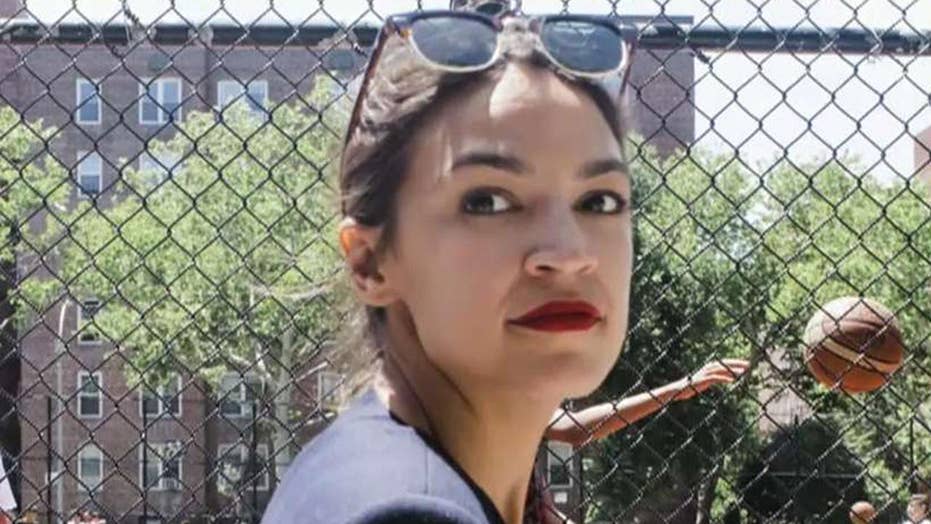 Democrat socialist candidate struggles to clarify her comment on Israel's 'occupation of Palestine.'

Alexandria Ocasio-Cortez, Democratic socialist who became a rising political star after her victory in New York’s congressional primary last month, referred to Israel’s "occupation” of Palestine in an interview before admitting that she is “not the expert” on the subject.

During an interview on PBS’s "Firing Line" on Friday the congressional candidate raised eyebrows when she said, “I also think that what people are starting to see-- at least in the occupation of Palestine-- is just an increasing crisis of humanitarian condition and that to me is just where I tend to come from on this issue.”

Ocasio-Cortez was then asked to further clarify her comments, in which she acknowledged that she is not familiar with the ins and outs of the ongoing clash in the Middle East.

“I am not the expert at geopolitics on this issue,” she said with a laugh. “I am a firm believer in finding a two-state solution on this issue, and I’m happy to sit down with leaders on both of these — for me, I just look at things through a human-rights lens, and I may not use the right words. I know this is a very intense issue.”

The Washington Examiner ran an opinion piece titled, ‘Alexandria Ocasio-Cortez Talks About the ‘Occupation of Palestine’ but She Doesn’t Know What That Means.’

“Even with her degree in international relations, the lack of knowledge beyond buzzwords should not be surprising,” the magazine wrote.

Ocasio-Cortez also touched on comments she made in May when she called the Israeli military action confronting protesters trying to breach the Israel-Gaza Strip a “massacre” and that “no state or entity is absolved of mass shootings of protesters.”

During a town hall style sit-down with Democracy Now on Monday, Ocasio-Cortez was asked once again about the ongoing situation in the Middle East, specifically whether she still supports a two-state solution in Israel.

“This is a conversation I’m sitting down with lots of activists in this movement on and I’m looking forward to engaging in this conversation,” she said.

Ocasio-Cortez is set to square off against Republican Anthony Pappas in New York’s 14th Congressional district race in the fall.