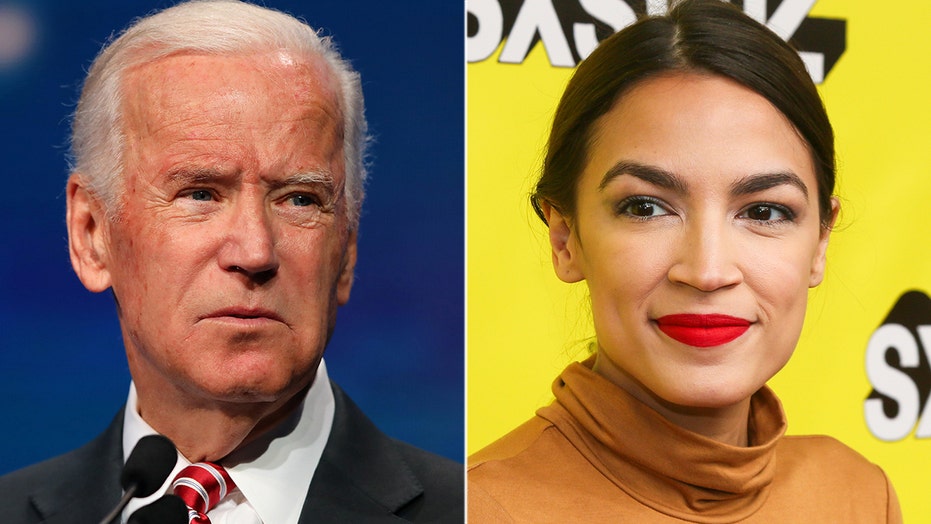 Democratic rising star Rep. Alexandria Ocasio-Cortez has not revealed who she will endorse as her party’s 2020 presidential candidate but said Sunday she hopes it’s not former Vice President Joe Biden.

The freshman congresswoman from New York told Yahoo News podcast “Skullduggery” that she will support whoever wins the nomination, but said a bid by Biden would be going backward, instead of forward.

“That does not particularly animate right now,” she said, adding that she has “a lot of issues” with a potential Biden run.

“I can understand why people would be excited by that, this idea that we can go back to the good old days with Obama, with Obama’s vice president. There’s an emotional element to that, but I don’t want to go back. I want to go forward.”

FULL COVERAGE OF THE 2020 PRESIDENTIAL ELECTION

Gutfeld on 2020 Democratic president hopefuls: Everyone is running just to get a little press!

There is a packed field with at least 18 Democrats have entered the presidential race – including Pete Buttigieg, the mayor of South Bend, Ind., who announced his run on Sunday. Biden, who is projected to be a front runner in the race, has not yet said he’s running.

Ocasio-Cortez, who was an organizer for Bernie Sanders’ 2016 campaign, said she was still supportive of the Vermont senator’s run, but that other candidates have also caught her attention.

“I haven’t endorsed anybody, but I’m very supportive of Bernie,” she told “Skullduggery.” “I also think what Elizabeth Warren has been bringing to the table is … truly remarkable, truly remarkable and transformational.”

The 29-year-old, who is currently too young to be eligible for the presidential office, remained demure when asked if she would one day make a run.

“I think about it every once in a while, but … this is pretty hard already,” she said.