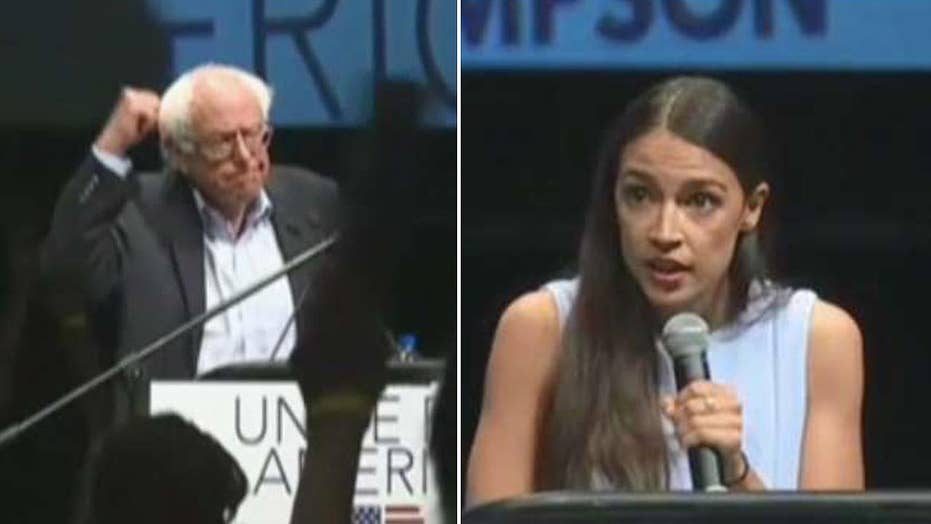 Are Republicans ready to take this challenge from the far left seriously? Matt Gorman from the National Republican Congressional Committee weighs in on 'Fox News @ Night with Shannon Bream.'

When Democratic socialists Alexandria Ocasio-Cortez and Bernie Sanders rallied for a left-wing congressional candidate Friday afternoon in Kansas, they insisted their agenda is "mainstream."

Sanders, the Vermont senator and 2016 Democratic presidential candidate who spent the afternoon campaigning in Wichita for Democratic congressional candidate James Thompson, boasted that ideas “once considered to be radical” are now part “of the mainstream conversation.”

“With allies like Alexandria and James in the Congress, we are going to pass a Medicare-for-all, single-payer program,” Sanders told the crowd. “And please understand that this idea of Medicare for all – this is not a radical idea.”

Ocasio-Cortez, the 28-year-old progressive who surprisingly defeated longtime Rep. Joe Crowley in New York’s Democratic primary last month, struck a similar tone, as she also called for Medicare for all, free college tuition and a guaranteed living wage for all persons. 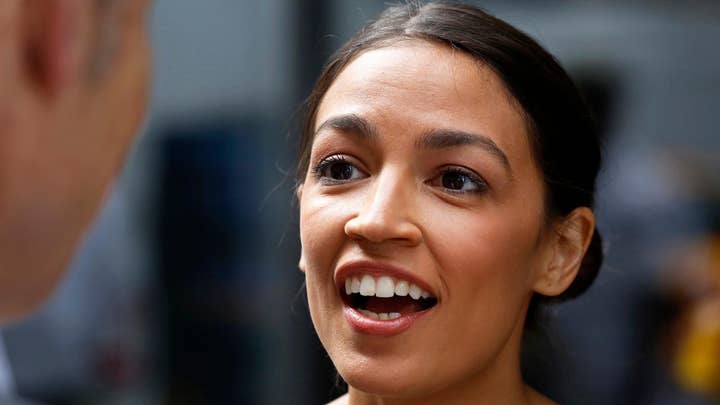 “They said the people of Kansas don’t want those things,” Ocasio-Cortez told the crowd. “They told me that I would not be welcomed. But you have proven them wrong.”

She said the United States should be a nation that “allows improved and expanded Medicare for all,” where every child should be “born with the opportunity to go to college or trade school free of cost” and  “every person in this country is paid a living wage to lead a dignified life.”

Sanders, who also called for making public colleges and universities tuition free, acknowledged the high expense of delivering on these promises.

SOCIALISTS WORKING FROM WITHIN TO PUSH DEMOCRATIC PARTY FURTHER LEFT

“Our political opponents, you know, they’ll tell us, that’s a great idea Bernie, but you know it’s going to cost a lot of money,” Sanders said. “And they’re right. These proposals are expensive. But we say to them, making higher education available to all Americans, regardless of income, is a hell of a lot better investment than giving tax breaks to billionaires and large corporations.”

In Wichita, Thompson came close to winning in a special election last year, and is taking his second shot at unseating GOP Rep. Ron Estes.

Welder is running against GOP Rep. Kevin Yoder, whom President Trump endorsed on Twitter this week as someone who has voted for "$5 BILLION for Border Security" and who "loves our Military and Vets."

Welder, who worked as a labor lawyer and wants a $15 minimum wage and touts a "Medicare for all" platform, has polled ahead of Yoder, and his 3rd District went to Hillary Clinton by a slim margin in 2016.

Ocasio-Cortez made a gaffe during the Friday evening event, when she urged voters to "flip this seat red" for Welder, instead of flipping it blue, Mediaite.com reported.