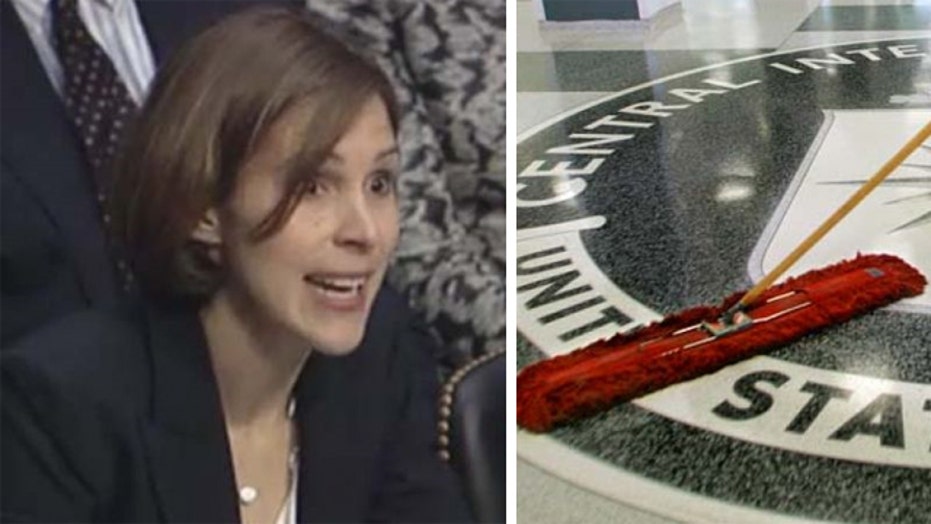 The Obama administration's nominee for a senior legal position at the Pentagon is one of the congressional staffers accused by Republicans and intelligence officials of stealing classified documents from the Central Intelligence Agency, Fox News has learned -- and the controversy could imperil her shot at a major career promotion.

Sources on Capitol Hill and in the intelligence community say Alissa Starzak, a majority staffer on the Senate Select Committee on Intelligence (SSCI) who has been nominated for the position of general counsel to the U.S. Army, is one of two SSCI employees accused by the panel's Republicans, and by career intelligence officers, of having "stolen" the so-called Panetta Review: a classified study of the agency's treatment of detainees prepared by former CIA Director Leon Panetta.

Starzak is a former assistant general counsel for CIA and, more recently, a deputy general counsel at the Defense Department for legislative affairs. She was nominated for the Army's general counsel position in July of this year. With an eye on the clock, as the Senate prepares to revert to Republican control early next year, the Armed Services Committee approved Starzak's nomination -- without a recorded vote -- on Dec. 9. But the nomination expired a week later, and must now be re-submitted to the committee, with Sen. John McCain, R-Ariz., as its likely chairman, in the next session of Congress.

A spokesperson for McCain said he is traveling and could not be reached for comment on whether he would support Starzak's nomination going forward.

Asked whether Starzak would be re-nominated, Navy Commander Amy Derrick-Frost, a Pentagon spokeswoman, sent Fox News a terse email message: "We have no announcements at this time regarding the nomination."

Likewise, Bernadette Meehan, a spokesperson for the National Security Council, speaking for the White House, said only: "We are working through the holidays reviewing paperwork and making decisions about how and when we'll re-nominate people who were not confirmed in the last Congress. We will obviously have more information when the next Congress begins."

The majority staff of SSCI, led by Sen. Dianne Feinstein, D-Calif., has accused CIA of improperly monitoring the work of the congressional staffers, who were given office space at a secure facility in northern Virginia and access to millions of classified CIA documents that were stored on a secure computer network, in 2009-10. The staffers reviewed the documents as part of SSCI's efforts to produce a 6,000-page report on CIA's treatment of detainees in the post-9/11 era. Earlier this month, Feinstein released an unclassified 500-page summary of that report.

The agency, in turn, accused SSCI staffers of improperly helping themselves to the Panetta Review; one senior intelligence official, speaking to Fox News on background, flatly accused the staffers of having "stolen" the document. Amid these dueling charges of misconduct, the Department of Justice investigated both sets of claims and declined to proceed with any prosecutions. But the release of SSCI's unclassified report, and the Armed Services Committee's approval of Starzak's nomination, served to resurface the matter.

Fox News has learned that the other SSCI staffer implicated in the charges of misconduct, Dan Jones, is still employed by the panel. He did not respond to a request for comment. Until now, the staffers' names have not been publicly disclosed in connection with the charges that the Panetta review was "stolen."

Sources confirmed that Starzak and Jones are the individuals referenced in the minority rejoinder to the unclassified SSCI report, in which Republican lawmakers stated: "Committee majority staff knowingly removed the Panetta Internal Review, a highly classified, privileged CIA document, from a CIA facility without authorization and in clear violation of the existing agreed-upon procedures by the Committee and the CIA."

CIA and SSCI staff had reached explicit agreement on the procedures to be followed if any congressional staffers wanted to access or print CIA documents and take them away, sources said. According to this agreement, the desired documents were to be routed to CIA personnel, who would review them and redact sections where necessary; only thereafter, the rules specified, could Starzak and Jones remove such documents from "The Cave," the non-descript CIA office space provided to the SSCI staff just outside Washington, D.C.

Intelligence community officials have told Fox News that Starzak and Jones never brought the Panetta Review to CIA officials for potential release, even though forensic computer records purportedly showed that one or both of them accessed the highly classified document multiple times, printed it, and, as one intelligence officer put it, "snuck it out of there."

Feinstein has long asserted that her staffers did nothing wrong. "To be clear, the committee staff did not 'hack' into CIA computers to obtain these documents, as has been suggested in the press," Feinstein said on the Senate floor on March 11. "The documents were identified using the search tool provided by the CIA to search the documents provided to the committee."

A recent Freedom of Information Act request by Jason Leopold, a journalist for Vice News, seeking access to the Panetta Review was rejected by CIA officials who cited national security concerns. Leopold filed a lawsuit against CIA, and in an affidavit signed by CIA's litigation chief -- filed in a U.S. District Court in Washington earlier this month -- the agency disclosed for the first time the lengthy disclaimer that had been placed atop the first page of the Panetta Review.

"This classified document was prepared by the CIA Director's Review Group for Rendition, Detention, and Interrogation (DRGRDI) for DRG-RDI's internal discussion purposes," the disclaimer read, "and should not be used for any other purpose, nor may it be distributed without express permission from DRG-RDI or CIA's Office of General Counsel." The disclaimer also warned that the Panetta Review was "deliberative work product" that was "protected by the attorney-client and attorney work-product privileges."

"That," said a senior intelligence official contacted by Fox News, "is a strongly worded legal warning that should scare the crap out of any lawyer. Any lawyer worth his or her salt knows they are not supposed to be looking at that document."

These same intelligence sources denied the allegations of Feinstein and her staff, who claimed CIA "hacked" the congressional employees in order to monitor their progress. Rather, agency officials said, their team searched through the RDI net, the computer system established for those reviewing the documents and also used by officials at the Department of Justice, to determine who was accessing the Panetta Review, at what times, and printing it.

An official review board chaired by former Sen. Evan Bayh, D-Ind., has also concluded CIA employees did not improperly monitor the work of the SSCI staffers. A memorandum, signed by Bayh and obtained by Fox News, stated that "no disciplinary action is warranted" against any agency employees in connection with the case. Robert Bauer, a former White House counsel under President Obama, also served on the review board, whose findings are soon to be transmitted to top CIA officials.