How Does Obama's Plan Stack Up?

Comparing jobs proposals on the table

“We've got to ask ourselves what's not just best for me, but what's best for us,” President Obama told an audience at the University of Richmond in Virginia Friday morning. “What's the best way to grow the economy and create jobs?”

These (rhetorical) questions the president posed the day after he unveiled his latest plan to create jobs and stimulate the stalled economy, in a speech to a joint session of Congress Thursday night.

The chief executive told lawmakers “there should be nothing controversial” about the legislation he was proposing, called The American Jobs Act – but there was no mistaking the sharp philosophical differences underpinning his plan and two others proposed in the days leading up to Obama’s televised address.

The U.S. Chamber of Commerce, the pro-business lobby that has repeatedly clashed with the Obama administration over economic policy, put forward its own jobs plan, in the form of an open letter to Congress and the president that was published last Monday.

“What we really tried to pull together were five or six items that could very quickly be put into place, actionable steps that don't require much of a lift by Congress or the administration,” said R. Bruce Josten, the chamber’s executive vice president of government affairs.

The chamber plan – which group executives boast is deficit neutral, costing the federal government nothing to implement – consists of a number of core elements. These include swiftly enacting three long-stalled free-trade agreements, for which the Obama administration has not yet sent Congress the necessary language for adoption; expanding domestic oil and gas production stymied by current and pending environmental rules; accelerating investment in infrastructure; easing regulations, permitting procedures, and VISA requirements; and overhauling the U.S. tax code.

Among the chamber’s tax proposals are the offer of a tax holiday for businesses that return overseas operations to American soil, and the establishment of a “corporate capital gains tax window” to entice capital back into the marketplace.

The chamber refused to provide an estimate of how many jobs its plan would actually create; but Fox News’ review of the plan shows the chamber’s separate claims on behalf of each of its discrete elements add up to a total of 7.9 million jobs.

The chief economist for Moody’s Analytics said Friday that its analysis of Obama’s plan showed that the American Jobs Act would, if fully enacted, create 1.9 million jobs. That tracked with the prediction by White House Press Secretary Jay Carney, who told reporters en route to Richmond Friday morning that the legislation “will be judged by outside economists, we believe, to have a very positive impact on the economy and on the employment situation in America, if Congress acts.”

But the Obama plan relies more heavily than the chamber’s on temporary measures and on federal spending to spur growth. It proposes cutting in half the payroll taxes for firms with up to $5 million in payroll expenses; creating a payroll tax holiday for firms that hire additional new workers; extending a $4,000 tax credit when companies hire people out of work for six months or more; and steering federal funding to states to retain public-sector workers like teachers, cops, and firefighters. On that last point, the Obama plan envisions an expenditure of $35 million to help the states keep 280,000 teachers on the job.

“Those kinds of economic models work on a really Keynesian sort of pump-priming notion,” said Alison Fraser, the director of economic studies at the Heritage Foundation, a conservative think tank in Washington. “In other words, you pump this money into the economy, you create these many jobs. Let's take a step back. We had that same kind of forecast going on for the stimulus, when it was passed a couple years ago, and it didn't pan out.”

“Why is that?” she continued. “You're taking capital out of the economy, borrowing it for spending, and those were jobs that would have been created elsewhere. So on net, I don't think that this is going to create any jobs.”

Not surprisingly, the Romney plan bears greater similarity to the chamber’s than to Obama’s – but its claims for its success rate exceed both of the others.

In “Believe in America: Mitt Romney’s Plan for Jobs and Economic Growth,” the candidate says that if elected, he would lower the corporate tax rate by 10 percentage points, points, to a top rate of 25 percent; eliminate taxes on capital gains, dividends, and interest for taxpayers earning under $200,000 a year; slash the federal workforce by 10 percent, by allowing Uncle Sam to hire a new employee only after two existing ones have been let go; and expanding domestic energy production.

In all, the Romney campaign estimates his plan, if fully enacted, would create 11 million jobs over four years.

But some analysts noted that Romney’s proposal relies on projections that are plausible but optimistic. For example, the plan suggests that the United States can achieve steady GDP growth of 4 percent – a surmise that even some who are sympathetic to Romney’s vision found difficult to accept.

“I haven't seen any macroeconomic group forecast that level of GDP [growth],” said Josten. “If you look back historically, it's rather rare where we have a string of years – three or four or five in a row – where you have 4 or 4.5 percent GDP growth.”

All of these jobs plans – and all those that will follow, from Romney’s competitors for the GOP presidential nomination – employ different economic models, statistical assumptions, and hard numbers. This makes it virtually impossible for anyone to assess with exactitude how many jobs each of these plans would actually create. And that, in turn, is another reason why economics is known as “the dismal science.” 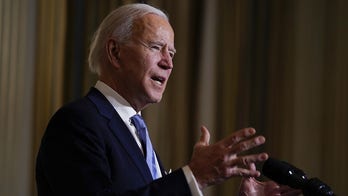 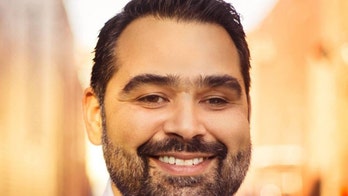